This content contains affiliate links. When you buy through these links, we may earn an affiliate commission.
Flatiron Books, publisher of Ariadne by Jennifer Saint 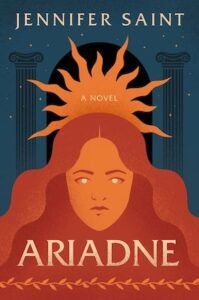 Today's edition of Daily Deals is sponsored by Flatiron Books, publisher of Ariadne by Jennifer Saint.

$1.99 The Brilliant Life of Eudora Honeysett by Annie Lyons
Get This Deal
$1.99 The Undocumented Americans by Karla Cornejo Villavicencio
Get This Deal

Whisper Network by Chandler Baker for $2.99

Girls Made of Snow and Glass by Melissa Bashardoust for $2.99