Riot Headline House to Hold Hearing on Classroom Censorship Thursday
This content contains affiliate links. When you buy through these links, we may earn an affiliate commission.
Harper Paperbacks. 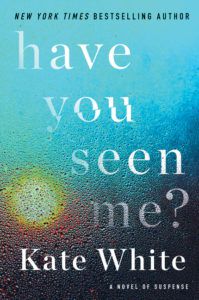 Today's edition of Daily Deals is sponsored by Harper Paperbacks.

$2.99 I Capture the Castle by Dodie Smith
Get This Deal
$2.99 Stay Sexy & Don't Get Murdered by Karen Kilgariff and Georgia Hardstark
Get This Deal

The Gilded Wolves by Roshani Chokshi for $2.99

Once We Were Brothers by Ronald H. Balson for $2.99

The Fact of a Body by Alexandria Marzano-Lesnevich for $2.99

Gideon the Ninth by Tamsyn Muir for $2.99

Being Mortal by Atul Gawande for $3.99

The Library of the Unwritten by A.J. Hackwith for $2.99

Pan's Labyrinth by Guillermo del Toro and Cornelia Funke for $0.99

People of the Book by Geraldine Brooks for $1.99

Jonathan Strange and Mr. Norell by Susanna Clarke for $1.99

The Gun by Fuminori Nakamura for $1.99

Evening in Paradise by Lucia Berlin for $2.99

Simon vs. the Homo Sapiens Agenda by Becky Albertalli for $1.99