This content contains affiliate links. When you buy through these links, we may earn an affiliate commission.
Rule of Wolves by Leigh Bardugo with Fierce Reads 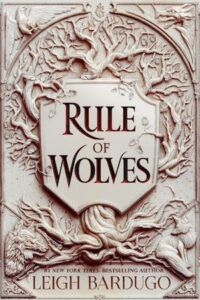 Today's edition of Daily Deals is sponsored by Rule of Wolves by Leigh Bardugo with Fierce Reads.

$2.99 The 7 1/2 Deaths of Evelyn Hardcastle by Stuart Turton
Get This Deal
$1.99 The Two Mrs. Grenvilles by Dominick Dunne
Get This Deal

Go: A Coming of Age Novel by Kazuki Kaneshiro, translated by Takami Nieda for $0.99

The Dispossessed by Ursula K. LeGuin for $1.99

The Two Mrs. Grenvilles by Dominick Dunne for $1.99

Love Warrior by Glennon Doyle for $2.99