This content contains affiliate links. When you buy through these links, we may earn an affiliate commission.
Podium Audio and The Blood Race by K.A. Emmons 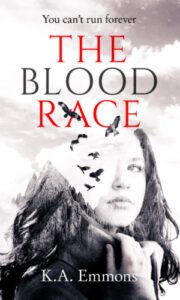 Today's edition of Daily Deals is sponsored by Podium Audio and The Blood Race by K.A. Emmons.

$2.99 Incendiary by Zoraida Córdova
Get This Deal
$1.99 The Psychology of Time Travel by Kate Mascarenhas
Get This Deal