This content contains affiliate links. When you buy through these links, we may earn an affiliate commission.
Cemetery Boys by Aiden Thomas with Fierce Reads 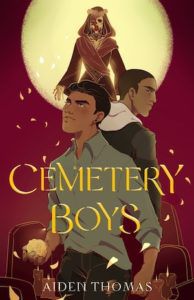 Today's edition of Daily Deals is sponsored by Cemetery Boys by Aiden Thomas with Fierce Reads.

$2.99 Pride, Prejudice, and Other Flavors by Sonali Dev
Get This Deal
$2.99 American Gods: 10th Anniversary Ed. by Neil Gaiman
Get This Deal

The Bookshop of Yesterdays by Amy Meyerson for $1.99