This content contains affiliate links. When you buy through these links, we may earn an affiliate commission.
Epic Reads 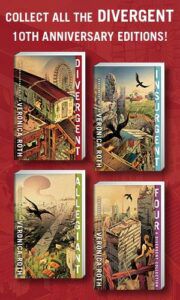 Today's edition of Daily Deals is sponsored by Epic Reads.

The Winter of Our Discontent by John Steinbeck for $1.99

Parachutes by Kelly Yang for $1.99

Star Daughter by Sheet Thakrar for $1.99

Force of Nature by Jane Harper for $2.99