This content contains affiliate links. When you buy through these links, we may earn an affiliate commission.
Harper Perennial 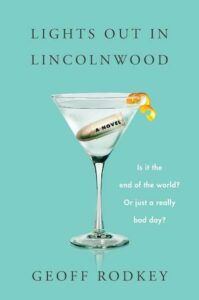 Today’s edition of Daily Deals is sponsored by Harper Perennial.

The Other Emily by Dean Koontz for $3.99

Catherine House by Elisabeth Thomas for $1.99

Reaper of Souls by Rena Barron for $2.99

Before the Coffee Gets Cold by Toshikazu Kawaguchi for $2.99

The Only Good Indians by Stephen Graham Jones for $1.99

It's Not All Downhill From Here by Terry McMillan for $1.99

Thirteen Doorways, Wolves Behind Them All by Laura Ruby for $1.99

Smoke and Mirrors: Short Fictions and Illusions by Neil Gaiman for $2.99

The Initial Insult by Mindy McGinnis for $2.99

Into the Water by Paula Hawkins for $1.99

The Forty Rules of Love by Elif Shafak for $1.99

A Conspiracy in Belgravia by Sherry Thomas for $1.99

Redefining Realness by Janet Mock for $1.99

The Black Flamingo by Dean Atta for $1.99