Riot Headline Comic-Con@Home Presents the 2021 Eisner Award Winners
This content contains affiliate links. When you buy through these links, we may earn an affiliate commission.
Athena - Access 100’s of books for just $4.99 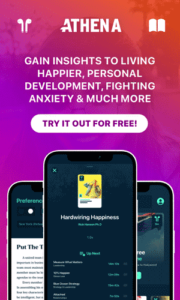 $2.99 Reaper of Souls by Rena Barron
Get This Deal
$2.99 Before the Coffee Gets Cold by Toshikazu Kawaguchi
Get This Deal

The Only Good Indians by Stephen Graham Jones for $1.99

It's Not All Downhill From Here by Terry McMillan for $1.99

Thirteen Doorways, Wolves Behind Them All by Laura Ruby for $1.99

Don't You Forget About Me by Mhairi McFarlane for $1.99

Searching for Sylvie Lee by Jean Kwok for $2.99

Smoke and Mirrors: Short Fictions and Illusions by Neil Gaiman for $2.99

The Initial Insult by Mindy McGinnis for $2.99

Into the Water by Paula Hawkins for $1.99

The Forty Rules of Love by Elif Shafak for $1.99

A Conspiracy in Belgravia by Sherry Thomas for $1.99

Redefining Realness by Janet Mock for $1.99

The Black Flamingo by Dean Atta for $1.99