This content contains affiliate links. When you buy through these links, we may earn an affiliate commission.
SHATTERED by James Patterson 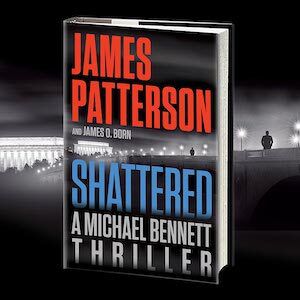 Today’s edition of Daily Deals is sponsored by Shattered by James Patterson.

$3.99 In the House in the Dark of the Woods by Laird Hunt
Get This Deal
$1.99 The Mermaid from Jeju by Sumi Hahn
Get This Deal

Sweet Sorrow by David Nicholls for $1.99

Looking for Alaska by John Green for $2.99

The Blood of Flowers by Anita Amirrezvani for $2.99

Hemlock Grove by Brian McGreevy for $2.99

Redemptor by Jordan Ifueko for $4.99

Anchored Hearts by Priscilla Oliveras for $0.99

Girls on Fire by Robin Wasserman for $1.99

The Color Master by Aimee Bender for $4.99

The Shadow Land by Elizabeth Kostova for $1.99

A Wrinkle in Time: The Graphic Novel by Madeleine L'Engle & Hope Larson for $0.99

A Body in the Garden by Katharine Schellman for $1.99

Straight from the Horse's Mouth by Meryem Alaoui & Emma Ramadan (translator) for $4.99

Early Riser by Jasper Fforde for $1.99

Northern Spy by Flynn Berry for $1.99

Tempests and Slaughter by Tamora Pierce for $1.99

Heart and Seoul by Jen Frederick for $4.99

The World Doesn't Require You by Rion Amilcar Scott for $2.99

A Curious Beginning by Deanna Raybourn for $1.99