This content contains affiliate links. When you buy through these links, we may earn an affiliate commission.
Skyhunter by Marie Lu with Fierce Reads 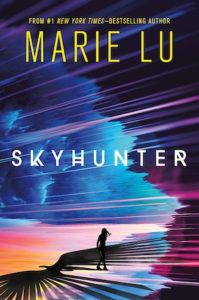 Today’s edition of Daily Deals is sponsored by Skyhunter by Marie Lu with Fierce Reads.

$2.99 Lilith's Brood: The Complete Xenogenesis Trilogy by Octavia Butler
Get This Deal
$2.99 The Project by Courtney Summers
Get This Deal

The Warmth of Other Suns by Isabel Wilkerson for $1.99

The Fishermen by Chigozie Obioma for $1.99

The Murder at the Vicarage by Agatha Christie for $1.99

Daring Greatly by Brené Brown for $2.99

Eleanor Oliphant is Completely Fine by Gail Honeyman for $1.99

The Kiss of Deception by Mary E. Pearson for $2.99

The Hellion's Waltz by Olivia Waite for $3.99