Riot Headline House to Hold Hearing on Classroom Censorship Thursday
This content contains affiliate links. When you buy through these links, we may earn an affiliate commission.
Count The Ways, an Amazon Books Editors' Pick 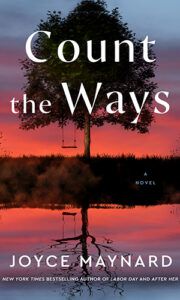 This edition of Daily Deals is sponsored by Count The Ways, an Amazon Books Editors' Pick.

All That Glitters  by Gita Trelease for $1.99

Gwendy's Button Box by Stephen King and Richard Chizmar for $1.99

The Neapolitan Novels Boxed Set by Elena Ferrante for $3.99

Men Explain Things To Me by Rebecca Solnit for $1.99

The Thousand Autumns of Jacob de Zoet by David Mitchell for $1.99

This One Summer by Mariko Tamaki and Jillian Tamaki for $2.99

Valentine by Elizabeth Wetmore for $1.99

The Soulmate Equation by Christina Lauren for $2.99

Janesville by Amy Goldstein for $1.99

When Life Gives You Lemons by Fiona Gibson for $2.99

Wayward Son by Rainbow Rowell for $2.99