This content contains affiliate links. When you buy through these links, we may earn an affiliate commission.
High Treason at the Grand Hotel, A Fiona Figg Mystery 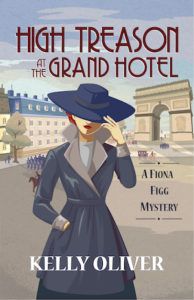 This edition of Daily Deals is sponsored by High Treason at the Grand Hotel, A Fiona Figg Mystery.

You're Not Listening by Kate Murphy for $2.99

The Little Book of Hygge by Meik Wiking for $2.99

Red at the Bone by Jacqueline Woodson for $4.99

The Great Gatsby by F. Scott Fitzgerald for $0.99