This content contains affiliate links. When you buy through these links, we may earn an affiliate commission.
All the Stars and Teeth by Adalyn Grace with Fierce Reads 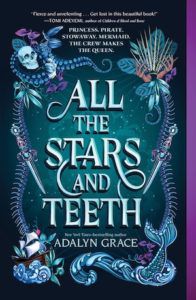 Today's edition of Daily Deals is sponsored by All the Stars and Teeth by Adalyn Grace with Fierce Reads.

To Shake the Sleeping Self by Jedediah Jenkins for $2.99

Death by Dumpling by Vivien Chien for $2.99

The Lady Killer by Masako Togawa for $1.99

The World According to Fannie Davis by Bridgett M. Davis for $4.99

The Falcon Thief by Joshua Hammer for $3.99