This content contains affiliate links. When you buy through these links, we may earn an affiliate commission.
We Free the Stars by Hafsah Faizal, with Fierce Reads 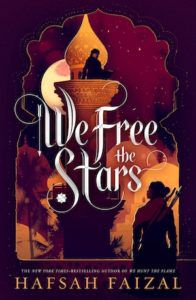 Today's edition of Daily Deals is sponsored by We Free the Stars by Hafsah Faizal, with Fierce Reads.

The Falcon Thief by Joshua Hammer for $3.99

Freshwater by Akwaeke Emezi for $1.99

The Jane Austen Society by Natalie Jenner for $2.99