This content contains affiliate links. When you buy through these links, we may earn an affiliate commission.
Gone to the Woods by Gary Paulsen 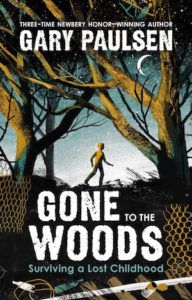 Today's edition of Daily Deals is sponsored by Gone to the Woods by Gary Paulsen.

$3.99 Our Time Is Now by Stacey Abrams
Get This Deal
$2.99 A Song Below Water by Bethany C. Morrow
Get This Deal

Freshwater by Akwaeke Emezi for $1.99

The Jane Austen Society by Natalie Jenner for $2.99