This content contains affiliate links. When you buy through these links, we may earn an affiliate commission.
Reading Group Gold 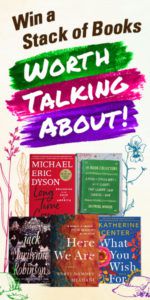 $1.99 The Queen of the Tearling by Erika Johansen
Get This Deal
$2.99 The Round House by Louise Erdrich
Get This Deal