This content contains affiliate links. When you buy through these links, we may earn an affiliate commission.
The Last Garden in England, the new book from Julia Kelly. 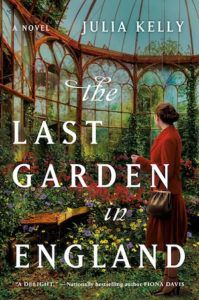 Today's edition of Daily Deals is sponsored by The Last Garden in England, the new book from Julia Kelly, author of The Light Over London.

$1.99 The Queen of the Tearling by Erika Johansen
Get This Deal
$2.99 The Round House by Louise Erdrich
Get This Deal

The Woman Who Smashed Codes by Jason Fagone for $2.99