This content contains affiliate links. When you buy through these links, we may earn an affiliate commission.
Flatiron Books 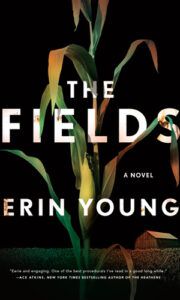 Today's edition of Daily Deals is sponsored by Flatiron Books

The Thirteenth Tale by Diane Setterfield for $1.99

The High Republic: Race to Crashpoint Tower by Daniel José Older for $.99

The Underground Railroad by Colson Whitehead for $2.99

The Girl from Widow Hills by Megan Miranda for $1.99

Edinburgh by Alexander Chee for $2.99

Because Internet by Gretchen McCulloch for $1.99

A Little Devil in America by Hanif Abdurraqib for $2.99

A Man Called Ove by Fredrik Backman for $2.99

The Most Beautiful Girl in Cuba by Chanel Cleeton for $1.99

Tales from the Hinterland by Melissa Albert for $2.99

From Little Tokyo, with Love by Sarah Kuhn for $2.99

Girl Waits With Gun by Amy Stewart for $2.99

For the Wolf by Hannah Whitten for $4.99

His Truth Is Marching On: John Lewis and the Power of Hope by Jon Meacham for $4.99

Seraphina by Rachel Hartman for $1.99

The Bollywood Bride by Sonali Dev for $1.99

The Nine Lives of Rose Napolitano by Donna Freitas for $1.99

A Visit from the Goon Squad by Jennifer Egan for $2.99