This content contains affiliate links. When you buy through these links, we may earn an affiliate commission.
Happily Ever After Newsletter from St. Martin’s Press Romance 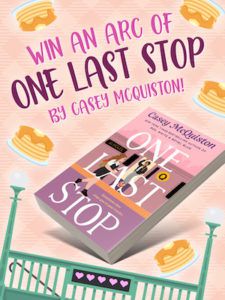 This edition of Daily Deals is sponsored by Happily Ever After Newsletter from St. Martin’s Press Romance.