This content contains affiliate links. When you buy through these links, we may earn an affiliate commission.
Early Bird Books 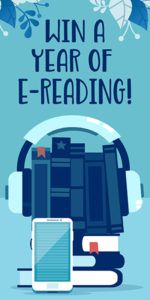 This edition of Daily Deals is sponsored by Early Bird Books.

$1.99 Rent a Boyfriend by Gloria Chao
Get This Deal
$2.99 All Boys Aren't Blue by George M. Johnson
Get This Deal