This content contains affiliate links. When you buy through these links, we may earn an affiliate commission.
Firekeeper's Daughter by Angeline Boulley with Fierce Reads. 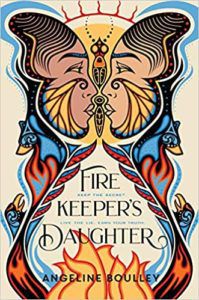 Today's edition of Daily Deals is sponsored by Firekeeper's Daughter by Angeline Boulley with Fierce Reads.

$2.99 By the Book by Amanda Sellet
Get This Deal
$1.99 The Lager Queen of Minnesota by J. Ryan Stradal
Get This Deal

The Starless Sea by Erin Morgenstern for $1.99