This content contains affiliate links. When you buy through these links, we may earn an affiliate commission.
All Boys Aren't Blue by George M. Johnson with Fierce Reads 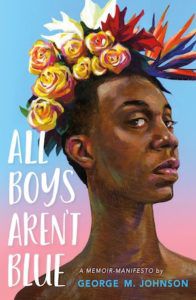 Today's edition of Daily Deals is sponsored by All Boys Aren't Blue by George M. Johnson with Fierce Reads.

$2.99 The Inheritance Trilogy by N.K. Jemisin
Get This Deal
$2.99 Evvie Drake Starts Over by Linda Holmes
Get This Deal

Little Siberia by Antti Tuomainen for $1.99

Slaughterhouse-Five by Kurt Vonnegut for $2.99