This content contains affiliate links. When you buy through these links, we may earn an affiliate commission.
The Age of Darkness series by Katy Rose Pool with Fierce Reads. 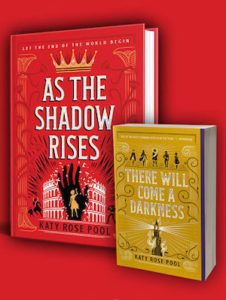 Today's edition of Daily Deals is sponsored by The Age of Darkness series by Katy Rose Pool with Fierce Reads.

Everything I Never Told You by Celeste Ng for $4.99

Furia by Yamile Saied Méndez for $1.99

Parachutes by Kelly Yang for $2.99

Daisy Jones and the Six by Taylor Jenkins Reid for $4.99

Silver Sparrow by Tayari Jones for $1.99

Truly Devious by Maureen Johnson for $2.99