This content contains affiliate links. When you buy through these links, we may earn an affiliate commission.
Kindle Unlimited – Start your 2 month free trial today 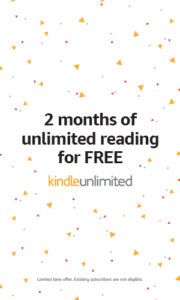 $2.99 The Ravens by Kass Morgan, Danielle Paige
Get This Deal
$1.99 Hollow Places by T. Kingfisher
Get This Deal