This content contains affiliate links. When you buy through these links, we may earn an affiliate commission.
Gallery Books 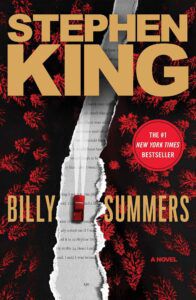 Today’s edition of Daily Deals is sponsored by Gallery Books.

Hollywood Park by Mikel Jollett for $2.99

The Invention of Everything Else by Samantha Hunt for $1.99

Sadie by Courtney Summers for $2.99

The Two-Family House by Lynda Cohen Loigman for $2.99

In the House in the Dark of the Woods by Laird Hunt for $3.99

Looking for Alaska by John Green for $2.99

The Blood of Flowers by Anita Amirrezvani for $2.99

Anchored Hearts by Priscilla Oliveras for $0.99

The Color Master by Aimee Bender for $4.99

A Wrinkle in Time: The Graphic Novel by Madeleine L'Engle & Hope Larson for $0.99

Early Riser by Jasper Fforde for $1.99

Northern Spy by Flynn Berry for $1.99

The World Doesn't Require You by Rion Amilcar Scott for $2.99

The Dinosaur Artist Paige Williams for $2.99

The Secret Place by Tana French for $1.99

London, With Love by Sarra Manning for $2.99

The Mercies by Kiran Millwood Hargrave for $2.99