Riot Headline The 2022 ALA Youth Media Awards: See Who Took Home the Newbery, Caldecott, Printz, and More!
This content contains affiliate links. When you buy through these links, we may earn an affiliate commission.
Amazon Publishing 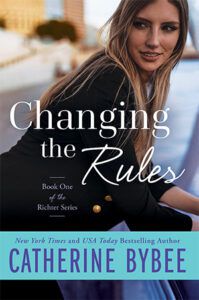 $1.99 Three Women by Lisa Taddeo
Get This Deal
$1.99 An Elderly Lady Is Up to No Good by Helene Tursten
Get This Deal