This content contains affiliate links. When you buy through these links, we may earn an affiliate commission.
Vooks, Inc. 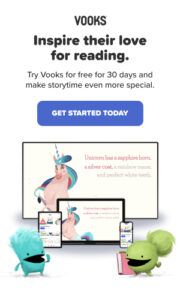 Today’s edition of Daily Deals is sponsored by Vooks, Inc.

$2.99 My Invented Country: A Memoir by Isabel Allende
Get This Deal
$2.99 Last Chance to See by Douglas Adams and Mark Carwardine
Get This Deal