This content contains affiliate links. When you buy through these links, we may earn an affiliate commission.
Final Expense by Darrell Coleman 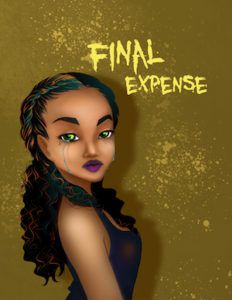 Today's edition of Daily Deals is sponsored by Final Expense by Darrell Coleman.

$1.99 The Priory of the Orange Tree by Samantha Shannon
Get This Deal
$1.99 Long Live the Tribe of Fatherless Girls by T Kira Madden
Get This Deal

The Club Dumas by Arturo Perez-Reverte for $2.99

Devotions by Mary Oliver for $1.99

Simon vs. the Homo Sapiens Agenda by Becky Albertalli for $1.99

Cloud Atlas by David Mitchell for $2.99

One Day We'll All Be Dead and None of This Will Matter by Scaachi Koul for $2.99

Internment by Samira Ahmed for $2.99