This content contains affiliate links. When you buy through these links, we may earn an affiliate commission.
Mad Cave Studios. 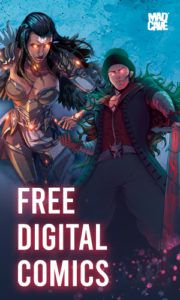 $1.99 Devotions by Mary Oliver
Get This Deal
$1.99 SImon vs. the Homo sapiens Agenda by Becky Albertalli
Get This Deal

Cloud Atlas by David Mitchell for $2.99

Gods of Jade and Shadow by Silvia Moreno-Garcia for $2.99

I'll Be Gone in the Dark by Michelle McNamara for $3.99

One Day We'll All Be Dead and None of This Will Matter by Scaachi Koul for $2.99

The Roxy Letters by Mary Pauline Lowry for $3.99