This content contains affiliate links. When you buy through these links, we may earn an affiliate commission.
Firekeeper's Daughter by Angeline Boulley with Fierce Reads 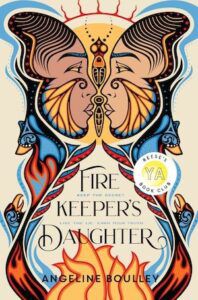 Today's edition of Daily Deals is sponsored by Firekeeper's Daughter by Angeline Boulley with Fierce Reads.

$2.99 The A.I. Who Loved Me by Alyssa Cole
Get This Deal
$3.99 Night of the Mannequins by Stephen Graham Jones
Get This Deal

Freedom Is a Constant Struggle by Angela Y. Davis for $1.99

Joy at Work by Marie Kondo and Scott Sonenshein for $2.99

The Other Einstein by Marie Benedict for $2.99

Conviction by Denise Mina for $2.99

The Hidden Life of Trees by Peter Wohlleben for $1.99