This post contains affiliate links. When you buy through these links, Book Riot may earn a commission.
Woke by Mahogany L. Browne with Elizabeth Acevedo and Olivia Gatwood with Macmillan Children's 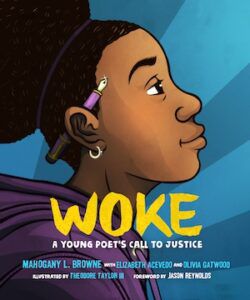 Today’s edition of Daily Deals is sponsored by Woke by Mahogany L. Browne with Elizabeth Acevedo and Olivia Gatwood with Macmillan Children's.

That Will Never Work by Marc Randolph for $4.99