Riot Headline 2022 Goodreads Choice Awards Winners Announced
This content contains affiliate links. When you buy through these links, we may earn an affiliate commission.
Farrar, Straus and Giroux 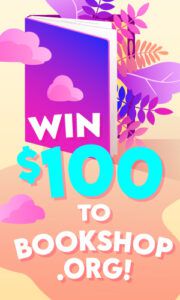 Today’s edition of Daily Deals is sponsored by Farrar, Straus and Giroux.

$2.99 Dreyer's English by Benjamin Dreyer
Get This Deal
$1.99 Against the Loveless World by Susan Abulhawa
Get This Deal

A Place Called Freedom by Ken Follett for $4.00

A Curious Beginning by Deanna Raybourn for $1.50

The Sirens of Mars by Sarah Stewart Johnson for $2.99

From Here to Eternity by Caitlin Doughty for $1.99