This content contains affiliate links. When you buy through these links, we may earn an affiliate commission.
Annie’s Sweet Intrigue Mysteries 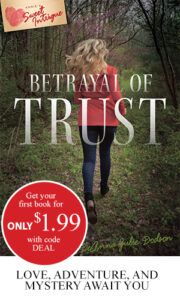 This edition of Daily Deals is sponsored by Annie’s Sweet Intrigue Mysteries.

$1.99 The Lighthouse Keeper's Daughter by Hazel Gaynor
Get This Deal
$2.99 The Dinosaur Artist by Paige Williams
Get This Deal