This content contains affiliate links. When you buy through these links, we may earn an affiliate commission.
He Gets That From Me 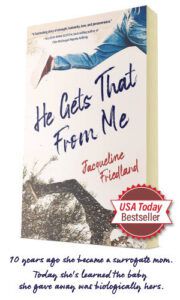 Today’s edition of Daily Deals is sponsored by He Gets That From Me.

$2.99 The Sirens of Mars by Sarah Stewart Johnson
Get This Deal
$1.99 From Here to Eternity by Caitlin Doughty
Get This Deal