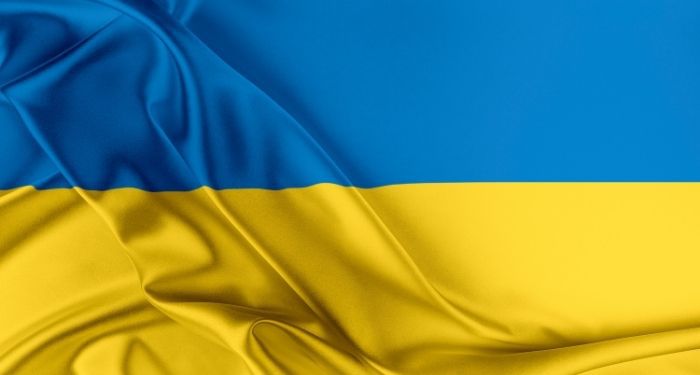 Update 4/20/22: We’re so proud to report that together we raised over $10,000 for aid to Ukraine: we received receipts for over $5,200 in donations from our wonderful readers and made our matching donation of $5,000, too. Thank you to everyone who donated and/or spread the word!

More than 1,000 Ukrainians — many of them children— have been killed and more than four million displaced as a result of Russia’s invasion of Ukraine. In response, Book Riot is matching donations up to $5,000 USD to the United Nations International Children’s Emergency Fund (UNICEF). Scroll to the bottom of the post to learn how to participate, or keep reading for more information.

On February 24th, President Putin’s increase of military presence along the Ukrainian-Russian border culminated in an outright invasion. In addition to the estimated 1,000 Ukrainian civilians who have been killed and displaced, there has also been over 1,800 injured and $100 billion in infrastructure damage. With damaged infrastructure comes a lack of access to safe water for millions.

Although Russia’s imperialist efforts concerning Ukraine go back hundreds of years, Russia’s current attempts to colonize the country can be tied back to 1991, when Ukraine and other Soviet republics voted for independence from the Soviet Union, and the starvation that came with it.

Since then, Ukraine has fended off Russia’s consistent attempts to destabilize the country in order to regain control. In 2014, Crimea, a Ukrainian peninsula, was seized by Russia, kicking off years of new conflict. Conflict that, according to UNICEF, has left millions of children displaced and vulnerable to exploitation, trauma, injury, and death.

UNICEF was established in 1946 to support children in response to the devastation brought about by World War II. It has since expanded its services to include providing long-term care to children in 190 countries.

What UNICEF Is Doing For Ukraine

UNICEF’s efforts in Ukraine include:

UNICEF allows for designated donations to Ukraine, with less than 3% of donated funds going towards administrative costs. Donations will help UNICEF deliver vital access to life-sustaining necessities like food, water, safety, and education to the children of Ukraine.

From Monday, April 4th through April 6th, Book Riot will match donations to UNICEF’s relief efforts in Ukraine up to $5,000 USD.

To participate, upload a picture of the receipt from your donation in the form below. Any personal information can be redacted. To see how much we’ve raised together, check back next week.

There is a wealth of information on Russia’s centuries-long efforts to subjugate Ukraine. By donating, reading about Ukraine from native authors, and learning about the history of the country, we can all help to fight against colonialism and the altered narrative that often accompanies it.