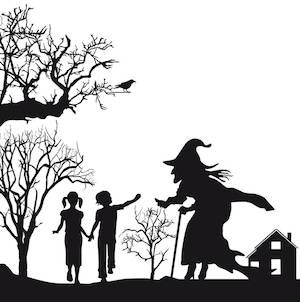 We all know the story: Hansel and Gretel have a new step-mom who is really not into being a step-mom. She has their father lead them out into the woods to leave them for dead, but they return by following home a trail of bread crumbs. When he leads them back out, even further into the woods, they are truly screwed until they find a candy house (food!) with a witch inside (womp, womp). More bad news for H&G: this witch eats children after fattening them up, so poor Hansel gets force-fed and little Gretel is made to be a servant aiding in her brother’s unfortunate end. But they’re clever kiddos, and they manage to kill the witch, escape, and run back home (where, you know, history has shown they’re safe and sound – whatever).

The story of Hansel and Gretel was recorded and published by the Grimm brothers in 1812, and a lot has changed since then. So here’s a list of book recommendations for a modern-day Hansel and Gretel: 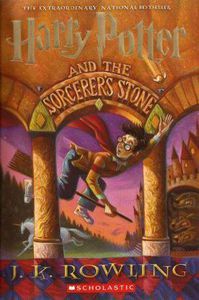 The Harry Potter Series:  While Harry himself may not have siblings, he is surrounded by other kids his age- other students at Hogwarts- annually, for the span of an academic year. Harry knows a thing or two about bad guardians who wish you were gone, and with witches, magic, friends and their siblings, battles with evil, and more than a few interesting edibles, Harry Potter is a great choice for H&G.

To Kill a Mockingbird by Harper Lee. Scout and her brother Jem learn over the course of a summer that the bad guys aren’t necessarily witches in the woods but rather neighbors and fellow citizens. Not all villains come with candy cottages.

Salvage the Bones by Jesmyn Ward. A girl among men, Esch and her brothers and her alcoholic father ready themselves for the hurricane barreling towards their coastal Mississippi town. Esch finds that she’s pregnant and tells almost no one, but her brother Skeetah knows, and he himself is busy with a litter of floundering pitbull puppies. The bond between Esch and her brothers – the ones she’s born to, the ones she chooses – helps her survive all that is to come. 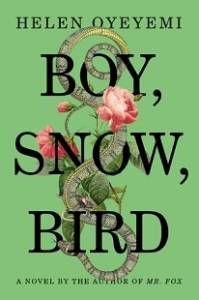 Boy, Snow, Bird by Helen Oyeyemi is a modern-day retelling of Snow White. What is it with step-moms and kids? I don’t know. But rather than stopping short at a bad lady vs. good girl storyline, Oyeyemi takes the familiar fairy tale much further, asking her characters to confront issues of race, family, secrecy, and power. How might Hansel & Gretel’s story have been reimagined? (That’s the question they could ask themselves at fairy tale character book club.)

The Lion, the Witch, and the Wardrobe by C.S. Lewis tells the story of four siblings who find a magic portal into the hidden world of Narnia. In this familiar tale of the battle between good and evil, we don’t just get sibling rivalries and abandoned children. There are talking animals, sweets, an evil queen, and kids get to ride on a lion’s back. Plus, sinister dealings and the hope that good will prevail, with a side of Turkish delight? This is Hansel & Gretel’s jam. 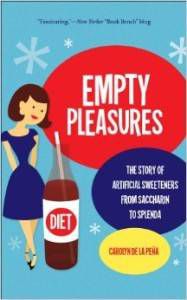 Empty Pleasures: The Story of Artificial Sweeteners from Saccharin to Splenda by Carolyn de la Peña will appeal to our characters’ appetites. No candy house here, but perhaps it would do Hansel & Gretel good to understand our reliance on (and the development of) artificial sweeteners, which I like to think would spur a discussion between H&G about whether it might be better just to resort to regular old sugar, in moderation, and always asking permission first.

Chocolat by Joann Harris taught us one very important lesson:  not all witches peddling sweets are bad. This one is very good, and I think it might comfort Hansel and Gretel to know that.

The Road by Cormac McCarthy might also remind Hansel & Gretel that sometimes, you do have to follow your dad, even when the way is dark and treacherous and full of danger. The cannibals in this book aren’t witches in candy cottages but rather roving gangs of hungry, desperate rebels in a post-apocalyptic world. I found myself wishing, throughout this book, that there were a trail of breadcrumbs to lead the book’s two main characters back to safety, but sometimes, as in this book, the only way is forward.