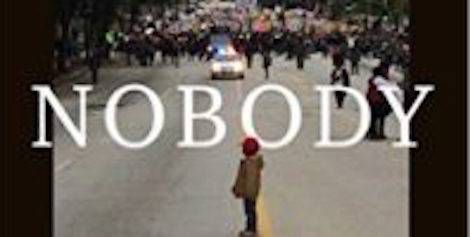 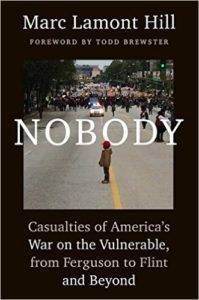 There has been a false division lately that rubbed me the wrong way for a long time: in it, people tried to say that advocating for African Americans facing police brutality meant that those same advocates were anti-police. I’m sure some of those advocates would characterize themselves as anti-law-enforcement, but not all of them. They understood the complexity of police work and still wanted to show that the lives of African-Americans matter.

A counter-group tried to push back against the implication that police were the major problem in a society that has racism throughout, but in so doing focused only on supporting police officers, not empathizing with vulnerable communities.

It seemed like a ton of people of privilege were getting away with just joining a side, pro-African-Americans or pro-police, without recognizing that they themselves were a part of the problem.

It’s a hard sell to tell people that their own choices, their own legislators, and their own local governments are part of the racism problem, and are specifically marginalizing groups that have already been given very few opportunities in life. That’s why I appreciate Nobody, Marc Lamont Hill’s book that investigates the roots of police brutality in a few high profile cases. He starts with a real, on-the-ground narrative of what happened in each case, but he doesn’t stop there: he walks us back to when policies went into place that were destined to lead law enforcement and marginalized people groups into deadly conflict.

Hill’s central premise, which gives the book its title, is not that people are actively against marginalized people groups, but that rather they treat those same groups as if they were Nobody, as if their concerns don’t matter and the policies that affect them need not be noticed and changed. Hill points out how the segregation of the cities and towns around Ferguson, Missouri has its roots in failed public housing experiments throughout the country. He shows how poor choices on the part of designers and funders of public housing, not the idea of public housing itself, created the negative situations that often surround these projects. If government officials were less apt to give up on public housing, and if the housing was designed with the actual residents in mind, it stands to reason that neighborhoods would be less dangerous and would be more effective in helping their residents weather and eventually escape poverty. This kind of reform would have benefitted both the youth in Ferguson and also the police who were trying to uphold the law there.

In each chapter of the book, Hill shows us how an overlooked element of history and policy leads to clashes that could have been avoided structurally. He draws attention to the idea of “Broken Windows” policing and how it can demoralize a community to have harsh penalties for small crimes (or even activities that aren’t crimes at all). He talks about the court system and the heavily criminalization of drugs that are more common in poor communities. He takes aim at the militarization of the local police force, the ease of access to weapons in the United States, and the idea of self-defense including the ability to kill a person who hasn’t harmed you.

He finishes with an example that I see as markedly different but still connected to his central premise: the water crisis in Flint, Michigan. In this section, he documents how many times the dangers of the system were ignored by people who could have made a change in order to get better infrastructure and cleaner water. He acknowledges the financial realities of the situation while also pointing out that when people really see something as a crisis, they put money behind solving the problem. If a crisis of the magnitude of Flint’s water quality didn’t elicit a rapid monetary response, there is serious indifference to the concerns of the marginalized. Hill’s other points make this clear, but this one really drives it home.

Ultimately, this book does a courageous thing: it looks into the past, both hundreds of years ago and yesterday, to make sense of what really sets us on roads toward conflict, suffering, and injustice. The book required immense research, and what comes out is a clear, level-headed indictment of United States indifference to the difficulties that layer onto those who are already the most vulnerable citizens of our country. Hill doesn’t tell us which specific things need to be changed, but one can surmise that if he leads us to a particular piece of legislation that started a phenomenon, changing that legislation is a good starting point.

I also realized that I need to pay attention to what things “pull at my heartstrings” and which things don’t; I need to be very careful about making judgments of where my tax money and charity donations are going without knowing the hardships being suffered in so many vulnerable communities. Overall, this book makes me want to know the potential consequences of laws that, while not openly discriminatory, may one day serve as another abandonment of vulnerable populations. Books like Nobody remind me that we are all a part of making a just world, one step at a time.