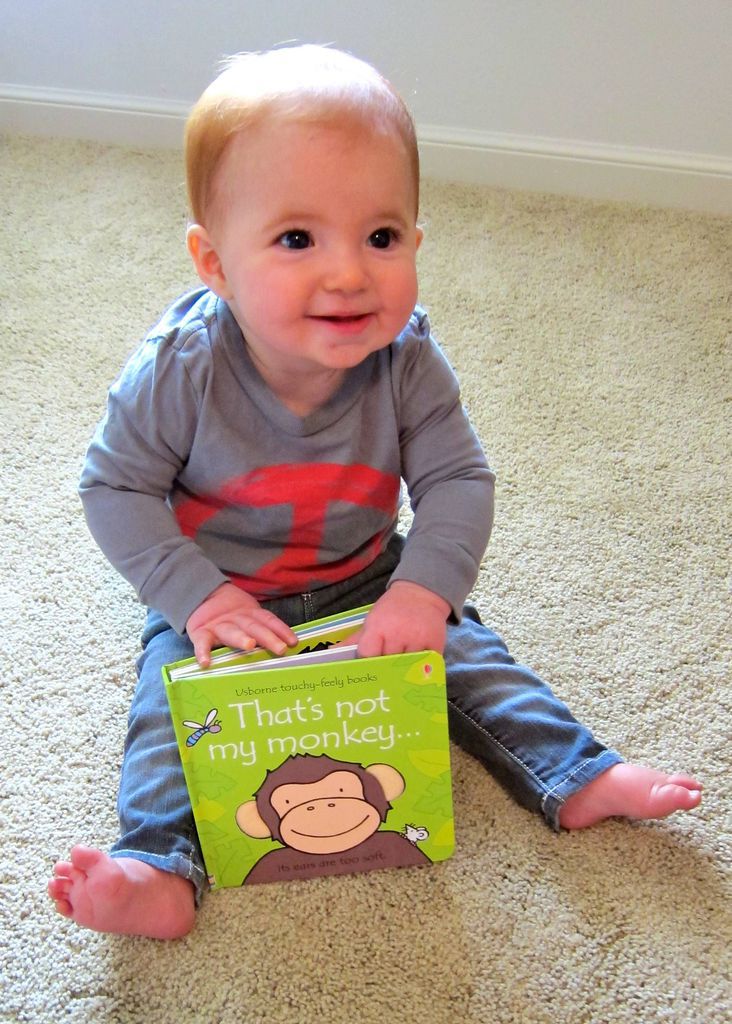 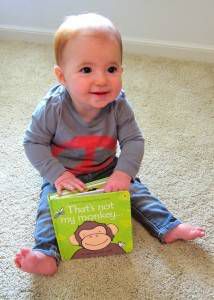 Our daughter is nine-and-a-half (months, that is). And while she continues to fascinate me every day, she has not yet, even a week into her first April, proven herself to be the most scintillating conversational partner.

For weeks now, she’s been playing around with “Ma-ma” and “Da-da” (or, more specifically, “Da-da-da-da-da-da…[x 47]”). But this week, she has managed the beginnings of her first real word associated with an object that isn’t responsible for her feeding and care—and I could not be prouder that this word seems to be “book” (or, more specifically, “boooosshhhqxytzqxxzzzzzzzz…,” said while pointing at one of her two of three favorite volumes*).

This is a hugely promising development, and not just because it indicates that she is on the right developmental track. The fact that the first thing she feels strongly enough about to ask for by name is a book reveals that she is already thinking beyond her simple, basic needs. (By contrast, my first word, according to my parents, was the self-serving “quacker,” a variation on “cracker” meaning “I am interested in having something to eat at this time.”)

Recently, I’d been feeling guilty that I was not one of those dads (or, at the time, a dad-to-be) who had felt the need to read to my child (child-to-be) while she was still in the womb. It’s not that we didn’t think she could hear us—we knew from the way she would start kicking whenever there was loud music, particularly music with a heavy, fast beat,* that she could and would respond to voices and other sounds.

*In fact, now that she is outside of the womb, one of the sounds that can be almost guaranteed to calm her is any song by Lady Gaga, played at a slightly higher-than-pleasant volume. We’ll see how long this lasts.

Of course, all any parent wants for his or her children is that they grow up healthy and find happiness, however they define it for themselves. And I’m too laid-back and far too lazy to go all Earl Woods and push her in any particular direction. But if she happens to have a knack for literature and the arts, I won’t complain (and if not in letters, she is also showing some early promise in music).

Who knows? Perhaps she could have a future as a great writer. Yes, it’s a long way from articulating “boooosshhhqxytzqxxzzzzzzzz…” to writing one, but “new educational research shows that writing is as fundamental to a child’s development as reading.”  The recently published Your Child’s Writing Life, by Pam Allyn, recommends which steps to take at each age, from starting a “word jar” with your child’s favorite words to exposing your child to a variety of writing styles, and then—eventually—letting her “develop her own writing identity.” (Nothing, fortunately, about which MFA program to enroll her in.)

At the very least, it’s nice to think that her early, intense interest in published prose—even That’s Not My Monkey…—could promise a life filled with love for words and for reading.

Or, perhaps, for monkeys.