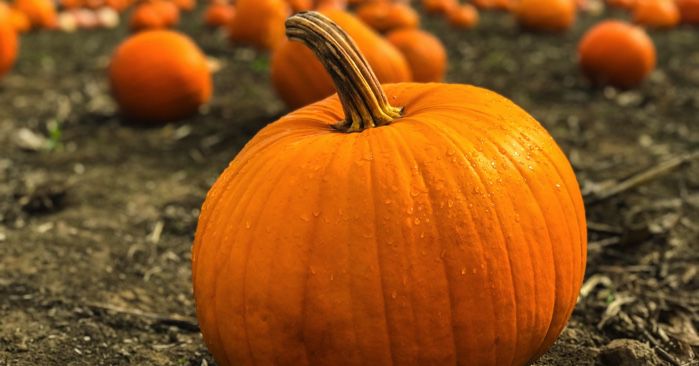 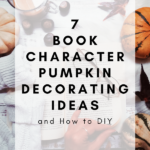 When my public library announced a pumpkin decorating contest, I knew I had to get in on the action. I love Halloween and all things autumn activities, so I got myself over to the nearest Home Depot, selected the perfect pumpkin with an idea in mind, and waited until I had a sizable chunk of uninterrupted time to dedicate to painting my orange squash. As a librarian in a neighboring community, I had to go with one of my book character pumpkin decorating ideas. There are so many options to go for, but I settled on my personal literary hero, Arthur Read. (That’s right, the aardvark.) Here are some ideas for your own book character pumpkin decorating endeavors as well as a bit on how to create your own.

Because the book is so beloved, there’s no doubt its character will be easy to recognize. Plus, the Mouse is a relatively simple design to recreate, particularly if you break it down into pieces. The best bonus of all is that no one would judge you for eating cookies while you work on your cookie-loving Mouse. For boosted character recognition, consider adding painted cookies around the pumpkin. Make it rain cookies!

It’s no secret that I have a beef with The Rainbow Fish, but I can’t deny the main character would make an excellent addition to a pumpkin. Not only is the fish shape easy to slap on a pumpkin, but you can also add—gasp—glitter! In fact, this idea kind of demands it. I suppose you could go with some iridescent paint, but personally, I’d go with glitter. You could also make the whole pumpkin your fish, like one staff member at Maryland City Library did in 2019.

Zuri from Hair Love by Matthew A. Cherry and Vashti Harrison

There are so many possibilities for Zuri! Fans of the book could choose a favorite image of Zuri to paint on their pumpkin or do an evolution of the hairstyles her father tries throughout the book around the gourd. Plus, there’s another opportunity for glitter for artists who want to add her sparkling pink superhero cape.

Ed Young’s classic Chinese retelling of “Little Red Riding Hood” is one of the few picture books I remember a teacher reading in elementary school. The art throughout is stunning, and I can’t help but imagine a recreation of Lon Po Po himself on a pumpkin with the eyes carved out and a light inside the pumpkin for that eerie glowing effect.

This famed Caterpillar has a great texture that would work beautifully on a pumpkin, and with Eric Carle’s approach to art, there are no worries about getting color details specific because his change on each page. Wrap your hungry Caterpillar all the way around your pumpkin or do the Caterpillar on one side and his new butterfly form on the other. I wonder if the Caterpillar would still be hungry after eating an entire pumpkin. Alternatively, get a whole bunch of pumpkins and string them together for a larger masterpiece, like this one below.

If you’re interested in celebrating your scientific inclinations with art, why not do it with Ada? Ada’s body is mostly composed of shapes easy to duplicate for beginner artists. Meanwhile, for folks who want something a little snazzier, there are plenty of science-y details the creator can add, like blinking lights, fog emitting from the top of the pumpkin like a beaker, or painted details such as the scientific name for pumpkin or mathematical equations. (Now that’s scary!)

You might have seen a trend going around in design and illustration that involves a super simplistic style which eschews facial features and relies on minimal tones within colors that give a sort of paper doll effect. With the popularity of Han’s trilogy, I have no doubt Lara Jean could be done in this style to great effect, particularly with added hearts and envelopes dotting the rest of the pumpkin. To really complete the look, consider a scrunchie around the stem of the pumpkin.

How to Decorate Your Pumpkin

Now that those creative juices are flowing, you might have some book character pumpkin decorating ideas of what you want to do for your pumpkin but don’t know where to get started. Fortunately, there are lots of tips and tricks you can use to get the look you want.

Before we jump into more specific tips, let me start with this: The thing I found myself repeating again and again when sharing my Arthur pumpkin and hearing from folks asking how I did it was “be patient.” I was interested in getting my image as close to the original as possible, so I spent a lot of time trying, failing, and fixing. I estimated it took me about eight hours to finish my pumpkin, so patience and a slow, steady pace were absolutely key.

Have you taken a deep breath?

For painting Arthur, I had two main strategies, though there’s also a third that didn’t occur to me until after I was finished.

The text on the back of my pumpkin, which quotes from a song in an Arthur episode titled “Arthur’s Almost Live Not Real Music Festival,” was a lot more time consuming than I realized it would be. Originally, I planned to use a ruler to draw lines in pencil on the pumpkin so I knew how tall my letters would be. This ended up not working out for a variety of reasons—though some people might have success with it—so I moved on to another approach. This time, I typed the letters I wanted, checked that the spacing (between words and letters) was generous and that the size of the text was appropriate for the size of the pumpkin, then printed it out. From there, I cut out letters and phrases and taped them to the pumpkin. Taping entire lines at once doesn’t work as well because of the way the pumpkin curves and the way the paper doesn’t curve, so I recommend doing one or two words at a time. You’ll want everything on there at once so you can see how the template will play out in real spacing, particularly if you’re working with words.

Next, I used a pencil to write over the letters on the paper, effectively tracing, in indents, into the pumpkin. Rather than removing each word as I went, I first flipped them up to be sure the indents were significant enough to make out the shape of the letters and went over them again in pencil. Once all the letters were penciled onto the pumpkin, the next step was to paint. I used acrylic paint, which required a few layers for the desired level of opaqueness.

This strategy works great if you’re looking for consistency, a particular font, or a difficult shape. If you can’t make indents on your pumpkin (which will happen depending on how tough the skin is, if there are irregularities, etc.), you might also try poking holes in your paper along the outline that are either also poked into the pumpkin or then gone over in marker to get a dotted, marker outline on the pumpkin through the poked holes. You can use a pin or a knife.

On the opposite side, where I did Arthur’s library card, everything is entirely by hand with no tracing. I started with the pink card background which, in retrospect, I wish I had done differently, because it ended up longer, proportionally, than the original. The good news is, I learned the hard way so you don’t have to. Ultimately, it wasn’t a big deal, though.

The words “library card” had a handwritten look to them, so I went with a “good enough” approximation. Then, the barcode was easy enough to replicate, focusing on the pattern of the original lines that varied in thickness and length. For the numbers below the barcode, I wrote them first in pencil—again, that handwritten style worked in my favor—and then went over them in black paint, using a toothpick to get the thinner lines. Then came the blue background for Arthur’s photo, which was simple enough, though also not something I thought to do proportionally to the card itself before I did it.

Finally, it was Arthur’s turn. I expected this part to be a lot more challenging than it was, but this time, I applied some proportional math, broke his image down into simple shapes, did it first in pencil, and then slowly added paint. I let some areas dry while I worked on others, then returned to add additional coats or adjust colors as needed.

The very last thing I did was try a Pentel Energel pen to add some fine outlines for Arthur and the words “library card.” I tested it on a piece of paint I planned to scrape off the pumpkin anyway and was thrilled to find that it not only wrote on the acrylic paint pretty well, but also didn’t smudge. You might try other brands or types of pens, too. This enabled me to get details like the lines on the collar of his sweater as well as his general outline done.

The one thing I didn’t think of doing, but could have, was using a projector. Plenty of educators and other folks use this strategy to take images and recreate them on large surfaces such as bulletin boards and butcher paper. If you have access to a projector, you can simply project your image onto your pumpkin adjusted for size and get to tracing. If you don’t have a projector, there are ways to turn your phone and some relatively common household items into a projector.

While most of what I talked about above applies to painting, don’t let that trap you into paint as a medium. Plenty of folks have done similar designs with carving or other materials. You are only limited by your imagination and your budget. Now that you’re inspired with some book character pumpkin decorating ideas, we can’t wait to see what you come up with. Be sure to tag us @bookriot on Instagram!