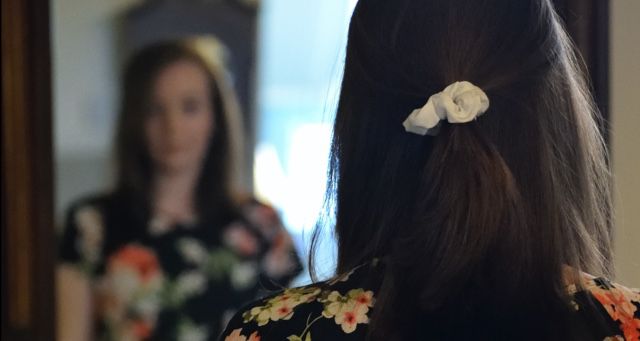 When I was in elementary school in the ’90s, lots of books had the trope of two characters switching bodies. My cursory Internet research suggests that this trend has declined in popularity since 2000. Most people probably remember Freaky Friday, Mary Rodgers’s 1972 children’s novel that was adapted into plays, TV series, and movies several times, from the ‘70s through the ’00s. The 2003 movie stars Lindsay Lohan and Jamie Lee Curtis as a mother and daughter who argue and then wake up to find that they’ve swapped bodies. 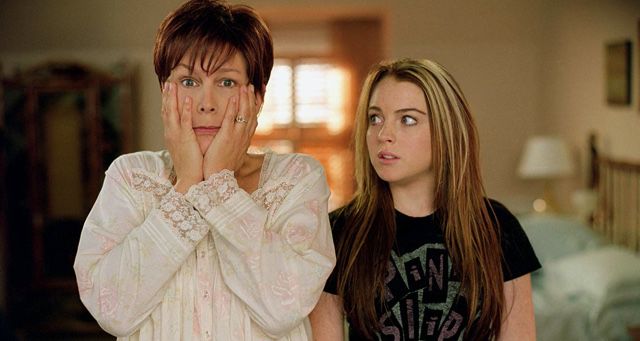 In fourth grade, I found the premise of characters switching bodies with one another endlessly hilarious. It was just the right combination of slapstick and gross-out humor to amuse my friends and me at age 9. My mom, who always encouraged me to read whatever I wanted, said this trend was silly. Maybe she thought it was a fad I’d quickly outgrow. Or maybe her adult perspective made her realize how problematic it could be for adults to inhabit children’s bodies and vice versa. It’s very easy for this type of comedy to cross lines into ableism, racism, transmisia, or inappropriate sexual humor. As kids, we laughed at it without understanding any of that.

Todd Strasser’s Help! I’m Trapped… series isn’t as widely remembered, but my friends and I loved it. The first book had the dramatic title Help! I’m Trapped in My Teacher’s Body! Later in the series, the protagonist, 6th grader Jake, switches bodies with other adults, such as movie stars and models. Jake’s consciousness also gets stuck in a dog’s body (twice!)

In Help! I’m Trapped in Obedience School Again, the human characters struggle to explain why “Jake” is walking and standing oddly, drooling, incontinent, and unable to speak or read. If you’re familiar with me or my work, you’ll understand why I started to panic while reading at this point. “It’s a speech impediment,” Jake’s friend Andy explains (40). So, to recap: in an attempt to hide the fact that Jake’s dog is inhabiting Jake’s body, Andy pretends that this dog in a human body is actually a disabled person!

When we point out ableism and other forms of dehumanization, people often think we’re exaggerating or counter that it’s “just a joke.” Or they pretend that ableism is a recent invention or claim we’re “overanalyzing.” If I am in fact overanalyzing, it’s something I’ve done for my entire life. I have cerebral palsy and a walk that’s noticeably different than able-bodied people’s. My elementary school was diverse and well-integrated, with students with various types of disabilities. My experiences don’t grant me moral or other superiority, but they do give me a unique perspective.

Long before I read Freud’s The Uncanny, this book was one of my first hints that many non-disabled people considered us horrifying, a punchline, or not fully human. Writers and publishers apparently didn’t expect a disabled child to be reading these books. I completely understood the lighthearted, humorous tone of these books. I was their target audience until I felt targeted in another way, seeing my friends and myself as the butt of a joke.

The ableism in Help! I’m Trapped in a Movie Star’s Body was too subtle for me to catch at that age. The actor has worked in show business his entire life and never had a traditional education. So, at Jake’s school, he gets basic science questions wrong. My mom tried to explain to me that the book was really poking fun at an adult for not being both smart and educated. I often read series out of order. So, by the time I found the earlier book Help! I’m Trapped in Obedience School Again, I immediately abandoned the whole series.

Fiction and humor can help to teach people, especially children, empathy. When written ignorantly or irresponsibly, they can also do the opposite. I don’t think that every instance of the body swapping trope is necessarily harmful. As with the uncanny and other horror tropes, however, this type of humor often intersects with ableism, transmisia, or mocking bodily differences in general. Teaching children, even implicitly, to laugh at people who move differently or who don’t fit into gender binaries is cruel, anti-LGBT, and ableist.

Comparing disabled children to animals in children’s bodies was apparently horrifying to me as a disabled kid in the ’90s. I understand that diversity in publishing has progressed since then, but it still has a long way to go. One of Louis Sachar’s early books (from 1987) is titled There’s a Boy in the Girls’ Bathroom. While this isn’t a body swapping story, the title has aged poorly, suggesting that someone who appears to be a boy in the girls’ bathroom is absurd and hilarious. Sachar’s later books, like 1998’s Holes, hold up for their moving stories and diverse characters. Books reflect the prejudices of their times, and I believe that writers can unlearn these prejudices, but this takes effort. Impact is often stronger than intention.

More on Ableism and Disability in Lit