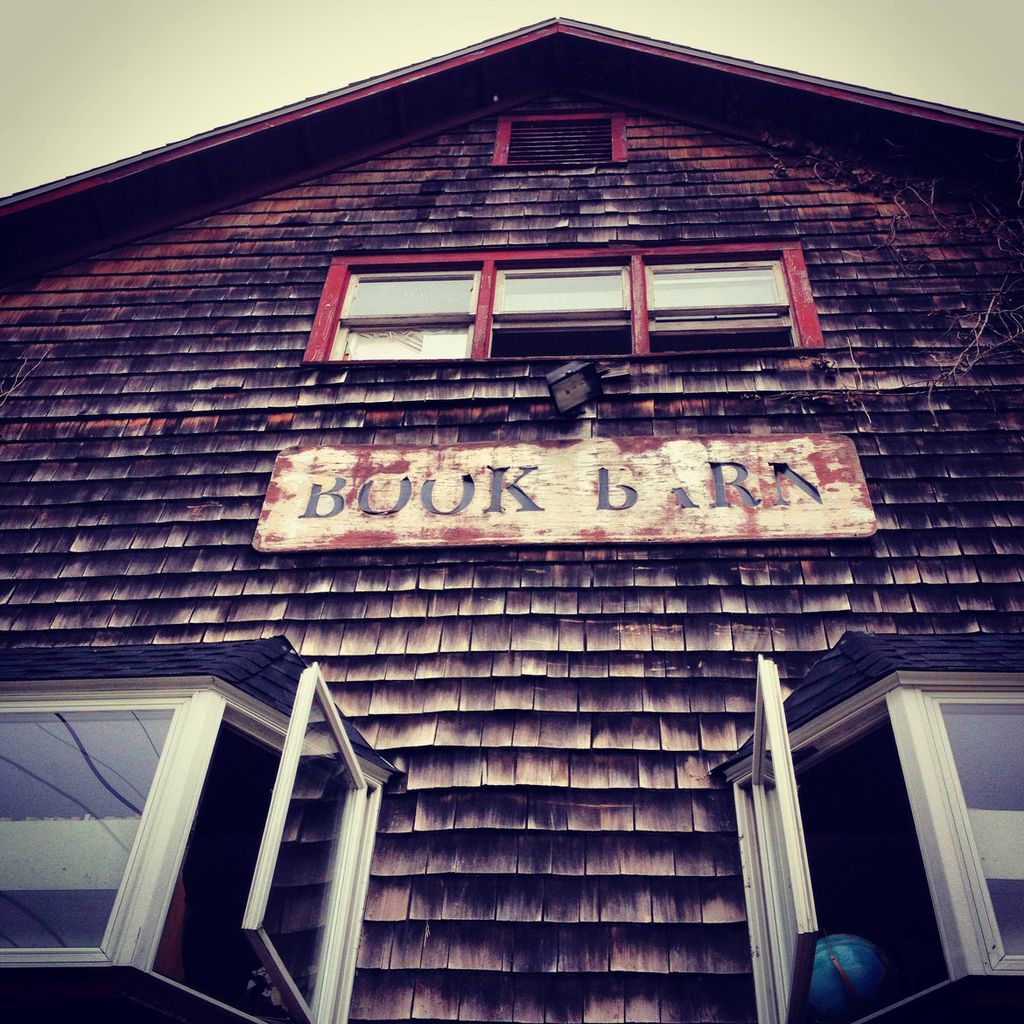 Important question: Is there anything better in this world than an old train converted into a bookstore? Answer: NOPE! 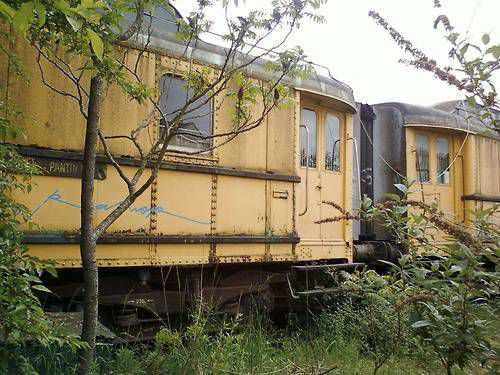 Look, it’s even all creepy on the outside, set amidst overgrowing vegetation. Score! And then… 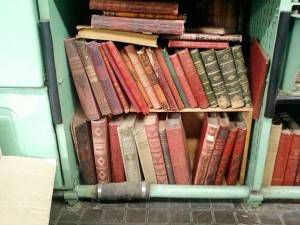 All photos courtesy of the Gallifreyan Detective tumblr. 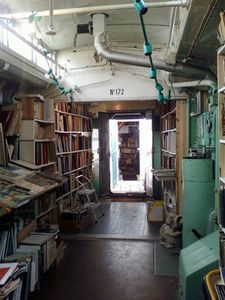 This used bookstore in a train is located in France, obviously, in the town of Auvers-sur-Oise. I hear it’s manned by a grouchy owner who will yell at you in French if you take pictures instead of buying anything, which makes it even better! Although in the several blog posts I found about it, none actually listed a name for said bookstore, and as hard as I Google, I come up blank. I like to think it doesn’t have one. Picture grouchy French owner, disgustedly: “Names? I’m located in an abandoned train car surrounded by weeds! Who needs a name!”

Perhaps a bookstore on a train isn’t actually the best thing in the world for someone who doesn’t love both trains and books as much as I do. But for bibliophiles, any creative pairing of books and our environment is appreciated. So clearly after seeing pictures of the train bookshop, I began to make a silly list in my head of other weird places that should be made into bookstores. And would you know what? Most of my ideas already exist. Which shouldn’t have surprised me, really, as this world is so gloriously full of creative and resourceful nerds.

For example, my first thought post-train bookstore was, “There should be a BOAT bookstore!” And there totally is! In London, there’s a shop aptly called Word on the Water, which is a slightly more classy title than my own idea of BOOKS AHOY! Of course, this bookstore is in a barge on a canal. Meaning, the option of bookstore in a schooner on the ocean, or something, is still open. BOOKS AHOY! Call me. 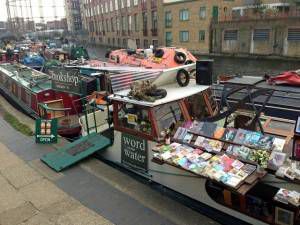 Photos courtesy of Zahrah at BookShy. 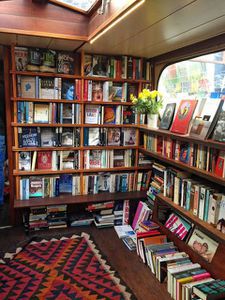 That is downright lovely.

Detroit also has a bookstore in an old factory, and the Netherlands converted a gothic church into a bookstore, those glorious heathens.

The Book Barn in Niantic, Connecticut also takes advantage of a simple but brilliant idea. It is–get this–a bookstore in a barn. In fact, it’s more of a barn bookstore compound, expanding from the central barn into many other smaller sheds, including the absolutely brilliant Haunted Book Shop, which houses all of the mystery titles. Grouchy cats wander the entire area. Essentially, it is perfect. 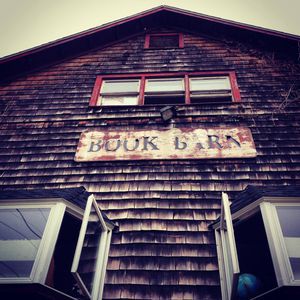 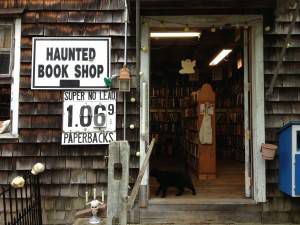 Yes, that really is a black cat slinking around in the Haunted Bookshop. This is not a drill. 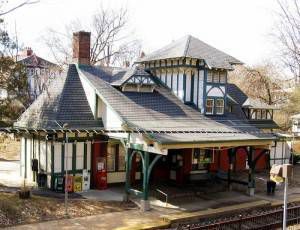 And to end it out by bringing it back to trains, because trains are where it’s at, my home state of Pennsylvania also has a good thing going on in Walk a Crooked Mile Books, which resides outside of Philly in an old train station. Old train stations are the perfect places for bookstores! Why aren’t there more bookstores in old train stations?

Other possibilities that I’d like to see that I don’t believe yet exist: a bookstore in a submarine (BOOKS UNDER THE SEA); a bookstore in a castle (A TOWER OF BOOKS); books in refurbished school buses (THE MAGIC BOOK BUS); and rooftop bookstores to accompany rooftop gardens in large cities (BOOKS IN THE CLOUDS). To name a few.

If you could create a weird bookstore anywhere in the world, what setting would you choose?