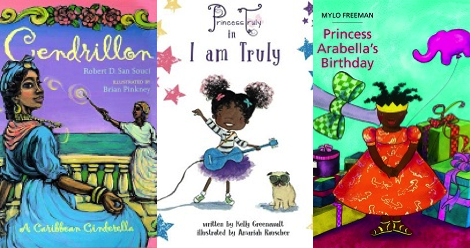 In case you missed it (and no judgment if you have), another British Royal just got engaged. Yes, that’s correct. It’s Prince Harry, the guy who wore a Nazi uniform once to a fancy dress party. On the plus side, he’s marrying Meghan Markle, which means…Drum roll, please…BRITAIN IS ABOUT TO HAVE ITS FIRST BLACK PRINCESS. That’s right. There’s been a lot of gross outcry from the usual suspects. And we could talk about how the Royals are super problematic in lots of ways. But right now, we want to enjoy this moment. Because a Black princess is a big deal for the lily white Royal fam. To prepare yourself and your children, please enjoy these amazing Black princess books: 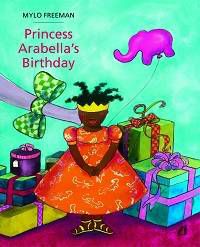 This is the first book in a series that has now been translated to English, thankfully. Freeman wrote the book when she heard a girl decline a role in a school play because she didn’t think Black girls could be princesses. Freeman decided she absolutely must write a Black princess book, and she did! The book is super successful in Holland, and has been translated into a bunch of languages. Apparently, US publishers had issues with Princess Arabella’s hair, but you know where they can stick those issues? Yeah, you know where. 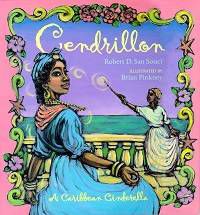 You may think you know the story of Cinderella, and maybe you even do, but I bet you’ve never read this version of it. San Souci, with illustrations from Brian Pinkney, tells a West Indian version of Cinderella. Peppered with French Creole words, this version is lush and feels incredibly significant. There are so many stories  that have been told in different yet similar versions in various cultures, and this book is an amazing introduction to that fact. 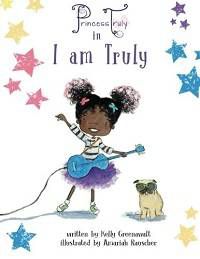 Princess Truly in I Am Truly by Kelly Greenawalt

This rad princess, Princes Truly, has amazing star-shaped sunglasses. She wants to be a rock star, likes frogs, and she has the cutest pug. The illustrations are so beautiful and soft, the colors energetic and magical. Plus, Princess Truly can do anything she wants, and she thinks you can too! Illustrated by Amariah Rauscher, this book is a great addition to any princess-filled library. 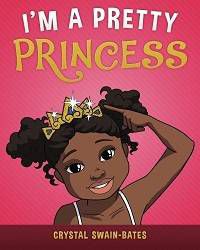 Big Hair, Don’t Care. Here, she looks at what it means to be a princess. Is it about the tiaras? Maybe it’s about having a castle. Or a wand! Every princess needs a wand, right? Well, no, as Swain-Bates’s heroine discovers. The beautiful princess Makayla ends this rhyming picture book by asserting that what really makes a child a princess is what lies within. 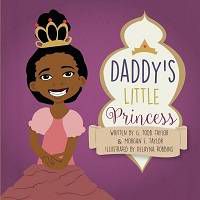 A daddy-daughter duo put this book together after Dad Taylor discovered that Daughter Taylor didn’t have enough princess role models who looked like her. Plus, the Taylors look at African queens and princesses of yore so the book is educational as well. Illustrated by Delayna Robbins, this is a great book for early readers. 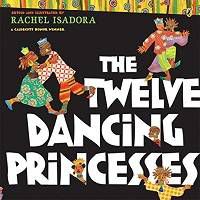 Every night, 12 princesses dance their shoes to pieces. In the morning, the king finds the shoes in tatters and doesn’t know why! So he promises to reward the first prince who can find out the reason. Isadora relocates the story to Africa (and, to be fair, no one ever said it wasn’t), and so revitalizes a well-known tale. 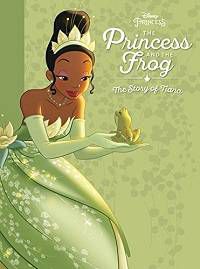 The Princess and the Frog: The Story of Tiana

You may be familiar with the film version of The Princess and the Frog, and Disney put together this book as well, along with the same beautiful hand-drawn illustrations. Princess Tiana dreams of opening a restaurant, but then she kisses a frog-prince…And she turns into a frog too! Oops. Now she’s in trouble, right? Well, Prince Naveen (that’s the frog) and Princess Tiana (who’s now also a frog) explore the bayous together and make friends and have adventures. But can they figure out how to become human again? 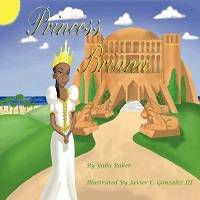 Yaba Baker is a public speaker and has written a series of black history activity books. In this picture book, illustrated by Javier C. Gonzales III, the princess goes to camp. That’s right, Princess Briana goes to a special princess summer camp, where she finds that the other princesses look different. At first, Princess Briana tries to alter her own appearance because she wants to look like everyone else. But by the end of the book, she knows that her beauty is her very own, and that she doesn’t need to look like anyone else to be the princess she’s meant to be. 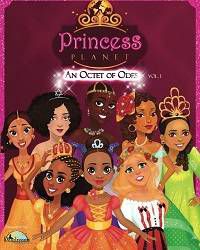 Princess Planet: An Octet of Odes by Israel Cookk

This book gives everyone a princess they can look up to. People around the world helped create these characters, and these princesses are “daring and kind.” Because “being a princess is all in the mind.” I love the message of this book, and I think that it will resonate with readers of all ages. Plus, for once, the US isn’t represented by a white girl. No, Princess Nia is a Black princess from Alabama, she’s eight years old, and her favorite food is watermelon. She even speaks three languages! How awesome is that? 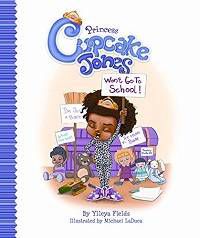 Ylleya Fields started writing her Cupcake Jones series (there are three other books!) when her daughters were young. She found that there weren’t many books featuring African American princesses, so she set out to fix that! Princess Cupcake Jones is a very determined little girl, and when she says she won’t go to school, she means it. But with the help of a new friend, Princess Cupcake Jones realizes that maybe, just maybe, school will be okay.

What other Black princess books do you know of? Please share, so we can all add them to our holiday wish/gift lists!