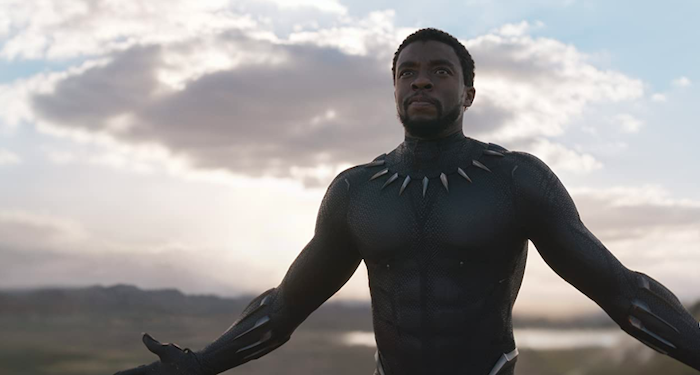 When Marvel announced that Black Panther was going to hit the big screen, many people, myself included, were excited. Some of us were aware of the cultural impact it would have on the blerd (Black nerd) community. However, it was unknown at the time that this movie would also have a tremendous impact on the now more popular concept of Afrofuturism. The success of Black Panther trickled down to even the indie scene — allowing some Black sci-fi and fantasy stories to become more of a mainstream media norm. Once it was official that the 13-time Grammy Award–winning rapper Kendrick Lamar was going to curate the Black Panther soundtrack, fans everywhere were ecstatic. Overall, the soundtrack is okay, at best. It sounds great in the car or when you are commuting, but at times, the soundtrack doesn’t embody what some were expecting from it. I personally was expecting a more African diaspora solid sound, but what I got was a soundtrack heavily influenced by Black American music — with some African musicians.

After watching the movie, it was clear why Kendrick Lamar was selected to curate this soundtrack, and yes, it makes sense in the grand scheme of things, however, I would have loved a more continental African-sounding soundtrack. I don’t hate the Black Panther album, I just wished I loved it more. Despite a few hang-ups here and there, the Black Panther soundtrack still was able to make its own impact by changing the way scores are created for films that are based on non-American culture.

That being said, here are a few interesting facts about the Black Panther soundtrack.

The Compton rapper and his team wanted to have a more realistic sound for Black Panther. Lamar traveled to South Africa and had the opportunity to work with South African artists such as Babes Wodumo, Saudi, Sjava, Yugen Blakrok and more, according to NPR. Lamar went to the continent in 2014, just a few years before the Black Panther soundtrack and even before his own album To Pimp A Butterfly.

The Connections to Oakland, California

Film Director Ryan Cooglar and Kendrick Lamar are both from California, and the character Eric Killmonger from Black Panther is also from Oakland. Eric Killmonger was the antagonist in the movie, and while he had a connection to Wakanda, it was his Oakland roots and life that had the biggest impact on him. For NPR, Coogler stated he was a huge Lamar fan and had been wanting to work with him. Initially, Lamar was going to do just a few songs but eventually curated the entire soundtrack after viewing Coogler’s work for the movie.

Killmonger’s Theme Has Some Bach Influence

On the podcast Song Exploder, Göransson explained the multiple layers to Killmonger’s theme song. He stated that his theme has four important parts; one of those parts includes the strings that were inspired by Bach’s “St. Matthew Passion.”

According to Hollywood Reporter, the Swedish composer traveled with music artists from West and South Africa to research local musicians to create a more authentic sound for the soundtrack. In his research, it is said that he discovered hundreds of instruments that don’t exist anymore. Music is an intricate part of storytelling in Africa, and it was important to Coogler as well to capture the essence of Afrofuturism in audio storytelling.

Overall, I think the soundtrack wanted to encompass an audio Pan-African and Afrofuturist journey, which is an ambitious goal. However, I think it missed a few marks being so U.S.-centered. I would have liked to see this album curated from an African artist’s perspective instead. Nonetheless, this album continues to stand out amongst other movie scores despite a few mishaps.

You can stream the Black Panther soundtrack on Spotify, iTunes and Tidal. Don’t want to leave Wakanda behind just yet? Read these books like Black Panther.