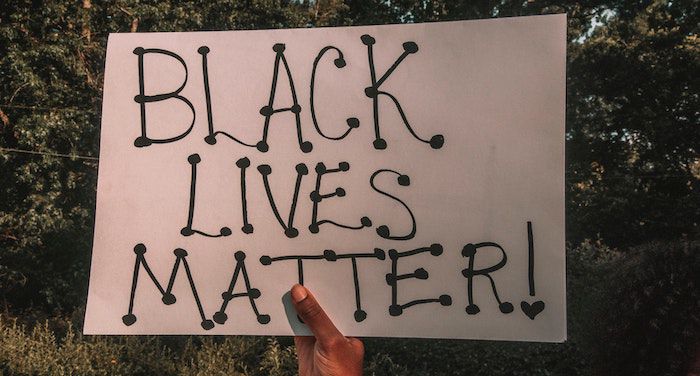 2020 is a year wracked with one calamity after another. We’re in month seven of a global pandemic, with taciturn government response in multiple countries (including the U.S). Unemployment is skyrocketing, the end of moratoriums on evictions is coming, and the alarming militarization of the police continues forth. Authoritarianism is threatening our civil rights. The Black Lives Matter movement has a new life in mainstream media after the murder of George Floyd in Minneapolis, Minnesota. Almost four months after Floyd’s murder, massive protests are still growing strong in various cities.

The New York Times suggests that Black Lives Matter is the biggest movement in U.S history. Around 15–26 million Americans took part in the protests as of June. This year marked a sharp 26% increase in approval of the movement. It should come as no surprise, therefore, that the national movement affected book media. In June, various book news websites shared lists of independent Black-owned bookstores and reported on the record sales. Some stores struggled with overwhelming orders. Many outlets like Buzzfeed shared essential reading lists about race and racism. If the movement was so massive that it affected coverage for many sites, then it’s worth looking at how Black Lives Matter directly impacted book media.

About The Black Lives Matter Movement

Alicia Garza, Patrisse Cullors, and Opal Tometi organized the Black Lives Matter movement in 2013. It’s a decentralized movement advocating for change through civil disobedience. According to Deseret News, it’s meant to encourage activists to “step up and fight for change in their own communities.”

Contrary to right-wing beliefs, it doesn’t mean Black lives are inherently better than other lives. It means all Black lives deserve justice, regardless if the victim is innocent or guilty. The movement trended on Twitter after the acquittal of a neighborhood watchman who murdered Trayvon Martin in Sanford, Florida. Since that trial, victims of police brutality have trended as hashtags, putting the issue of Black justice front and center on social media. We’ve seen the movement gain momentum on Twitter when the people of Ferguson, Missouri, organized a massive protest in 2014. The protests sparked after the acquittal of police officer Darren Wilson after 18-year-old Michael Brown’s murder.

Black Lives Matter, since its inception, has grown into a global movement thanks to the movement’s organizers on social media.

In May and June, book media outlets were sending out their first official statements in response to the most recent protests. The intent was clear: to take a public stance like so many other corporate entities. Each book media publication used different strategies for addressing their stance on the movement on social media. Tor Books retweeted a pro-BLM post from their parent publisher, Macmillan USA. Literary Hub retweeted Book Marks’s review of How to be Anti-Racist. They also posted an anti-racist round-up of collected essays published on their website. Publisher’s Weekly and Goodreads posted statements. They followed up with tweets sharing resources, reading lists, and other publication interviews.

“During the protests, we saw a huge spike of interest from our members for nonfiction books that help them learn about our country’s history of racism and how to take action against it, so we quickly responded with an article highlighting 20 books highly rated by our members,” said Suzanne Skyvara, Vice President of Marketing and Editorial at Goodreads. She noted that COVID-19 hit this year’s debuting authors hard. They formed and published another list highlighting 32 novels written by Black authors coming out this year. In response, there was a significant spike in people adding the books to their Want-To-Read lists. On social media, their Twitter engagement reached around 1.7k likes with over 200 comments on the post.

For some outlets, the movement and protests haven’t changed the core content of their websites. Sites like Literary Hub, Paris Review, and Tor Books have showcased works written by Black authors long before the movement regained popularity. However, while the heart of their content remained the same, priorities shifted to be more relevant to the protests. Electric Literature, for instance, didn’t post an official statement on Twitter—instead, the nonprofit publisher opted to retweet an interview with Ibram X. Kendi on anti-racism in the era of rising white nationalism.

“We rearranged our publishing schedule in June to emphasize work that we thought people would want and be prepared to engage with—so nothing frivolous, and for the most part, nothing too long or involved (for the first week or two after the protests started),” said Jess Zimmerman, Editor-in-Chief of Electric Literature. “We tried to think beyond just “books by Black authors,” which is a good start but just a start and provide specific, targeted reading lists we thought people were really hankering for, like books about Black joy, or about defunding the police.”

Book Riot also didn’t draft a BLM statement on their official Twitter account. Like Electric Literature, Book Riot’s focus was maintaining their content to include BIPOC. “We have made inclusion in content, coverage, and hiring a priority for years,” said Jeff O’Neal, CEO and co-founder of Book Riot. “Recent Black Lives Matter protests, and the discussion around them, have made centering Blackness a critical part of the conversation. I think we are just starting to understand how this should change how we do things.” He also mentioned a surge of interest in books about anti-racism and Blackness.

“I think for many people who for the first time are engaging with anti-Blackness seriously, buying or checking out a book is an available first step. Are they reading them? Are they changing behaviors? What is the effect of that reading? Those are much harder to judge.”

As early as June 4, book media outlets made various commitments to change or reinforce policies on diversity. But what are the actual plans to make sure “Black Lives Matter” isn’t just a hollow, trendy statement? June was the month for an active push to discuss and amplify the books written by Black authors. July and August, therefore, were the months to see which companies lived up to their commitments.

When looking at each book media site, most had the same idea with different methods. Foremost was to hire Black writers or publish personal essays by Black creators. Publisher’s Weekly, for instance, looked to hire a Black female journalist to cover diversity related to the book business. Tor Books made a call to Black freelance writers to submit essays for their Science Fiction and Fantasy website. They published novelist Tochi Onyebuchi’s essay on his experiences being a Black writer in America. Goodreads, Book Riot, and Electric Literature all had similar actions.

“I also put out a call for essays from Black writers on June 2, so that once people were ready to be reading essays again, we had work for them that centered Black voices (whether it was about the protests or not),” Zimmerman said. “In my most recent call for Black authors it was important to me to emphasize that I welcome pitches that are not about the current uprising, police brutality, pain, suffering, racism, etc. I heard a lot of Black writers saying that editors who had previously ignored them were coming out of the woodwork, essentially asking for their trauma; that’s something I specifically want to avoid, for the writers’ sakes but also because why would you leave their other work on the table?”

She also added, “I’m obviously defining ‘the movement’ pretty broadly here, but you know, you do the stuff that’s in your domain and for us that’s publishing writing, including writing that isn’t about the movement at all but showcases the ideas and enthusiasms of writers whom the industry has historically tried to shut out.”

For Book Riot, the countermove had to look beyond hiring practices. “In addition to continued coverage of books by and about Black people, I think Book Riot also has to look within and create durable structures for us to live up to our ideals into the future,” O’Neil said. “Hiring. Promotion. Leadership. Are we doing the work that we would ask others to do? How can we address areas that need attention?” There is also the consideration of what the optics will look like over the next years. “We can neither take the work we have done for granted, nor can we think we have it all figured out.”

The Black Lives Matter movement began as a Twitter hashtag. With careful, strong organizing from its founders, it proved how the internet can be an essential tool for protests. It’s still developing. We’ve seen the application used by employees of color to call out abusive institutional practices in popular companies. But is the impact on book media going to be long term? Is it too early to say?

While Goodreads cannot speak for the industry, it aims to continue to grow from within. They’re providing their teams with access to resources, talks, and information on diversity. The aim is to allowing Goodreads staff to self-reflect and identify ways to improve, according to Skyvara.

“As part of this, we also recognize that we need to work on ourselves to combat unconscious biases so we’ve started an employee book club to read and discuss books about antiracism,” she said. “Most importantly, we see this work as part of a journey of continual improvement, not a one-off project. We know we can and should do more and our team is excited and inspired by the work we can do to have ongoing impact here.”

Without actual, meaningful intent on changing the status quo, Zimmerman believes permanent change will not happen easily. It’s hard to predict the future of book media. She argues that book media and the publishing industry are going to have to push for meaningful change in order for readers to see the actual impact.

“In publishing and media, as elsewhere, this moment we’re going through feels significant, even though none of the pain or struggle is new,” Zimmerman said. “But in publishing and media, as elsewhere, there are a number of factors that challenge the possibility of meaningful change. It’s still a capitalist system. It’s still largely run by white people, and even though there’s a big theoretical push to hire more POC and especially Black employees, we are also dealing with a) unprecedented economic uncertainty that makes new hires even more rare and b) the fact that even with more inclusive and just hiring practices for bringing new people into the industry, senior management roles are still overwhelmingly white.”

“Plus, as always when hiring focuses on ‘diversity,’ there’s not necessarily anything being done to make the culture somewhere that BIPOC employees can thrive. I would say there’s almost a 100% chance we’ll see a lot of empty gestures, whatever is the Aunt Jemima rebrand of books.” Considering this, she’s optimistic that there will be genuine gestures of change and sincere attempts to hold people and organizations accountable.