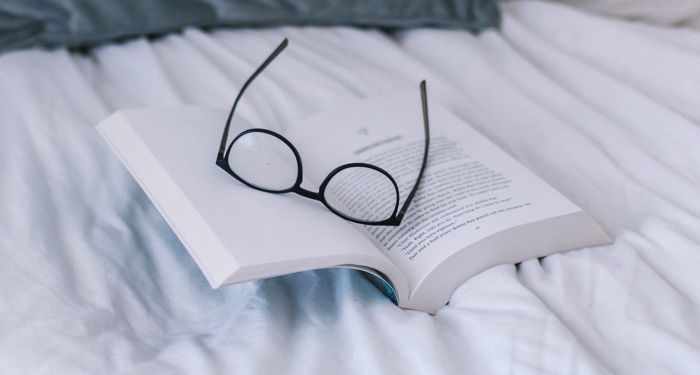 The first time I read about Black immigrants I was already old enough to believe I was the only one. It was Chimamanda Ngozi Adichie’s Americanah. I was in high school—a junior, to be exact—and I had never heard of other Black immigrants. About 3.8 million Black immigrants live in the U.S. today. But when people think of immigrants they are stereotypically thinking of Mexican or Latinx immigrants, who make up the majority but not the totality of immigrants in the U.S. This makes stories of Black immigrants rare to come by, and perpetuates the myth that there are no stories. That no one is telling our stories.

That would be false.

There are a trove of stories that amplify the Black immigrant experience. They are just typically difficult to read based on the hardship and strife the narrators face. Just because they make us uncomfortable doesn’t mean they should be avoided. In fact, that is even more reason to read them. Black immigrant literature pushes us to live and experience lives outside of the comfort zone.

It’s important that people seek out and read about Black immigrant stories in order to combat the danger of a single story as outlined by Adichie. She says: “so that is how to create a single story, show a people as one thing, as only one thing, over and over again, and that is what they become.” She explains how after being inundated with stereotypes about Mexican immigrants, she was unable to imagine the immigrant experience as something other than related to Mexicans. It is important that other experiences are preserved and amplified. Especially the experiences of Black immigrants who face the double yoke of racism and discrimination on account of their skin color.

These stories can be difficult to read because they detail the harassment, struggle, and overall oppression that Black immigrants undergo upon immigrating to the U.S. In Yaa Gyasi’s Transcendent Kingdom one of the main characters is verbally abused by her employer for being Black. Reading through the scene is nothing short of harrowing and deeply discomforting. But it is necessary if we are to grow in our capacity for empathy. If we are to earn a greater understanding of Black immigrant populations.

While reading Transcendent Kingdom I was deeply moved by the plight of the characters and forced to confront my own limitations in empathy. As a child I didn’t understand what it must have been like for my father. He was a Black immigrant man used to power and success forced into home health aid work. It was full of small indignities and humiliations Black immigrants are regularly subjected to. At the time I didn’t have the language for it. I didn’t have the perspective to fully understand him before reading Transcendent Kingdom. It gave me a tenderness for my father that had long been unavailable to me.

At times I found myself needing a break. I needed to step away from the pages because they were all too familiar to my own experience as a Black immigrant in the U.S. It was distressing, but at times it also felt like a reclamation. It is deeply powerful to encounter yourself on the page. These stories are a reckoning of all the silenced experiences that never made it to light. Living the first 14 years of my life believing I was the only Black immigrant in the world was incredibly isolating. It kept me from building relationships with other people because I was so starkly othered.

In Tayeb Salih’s Season of Migration to the North the othering of the main character Mustafa Said is so pervasive that it pushes him to enact a brutal revenge fantasy against white women in Britain who fetishize Orientalism. Othering is a dangerous thing. The book explores how, when done excessively, it can so thoroughly marginalize someone from a community that they might be pushed to violence. A woman ends up dying by suicide because of Said. An extreme outcome of his revenge fantasy and a consequence of extreme stereotyping and Orientalism.

Salih’s novel is a beautifully rendered account of a story that doesn’t get told often enough. It is a warning about what happens when a whole population of people—Black immigrants—is alienated from the dignity of their humanity.

It is an urgent ask to do things differently. Americanah was the first book where I saw myself clearly and without criticism. That it took until high school for that to happen is a tragedy when white children never have to struggle to find images of themselves reflected in the media. Americanah showed me that stories about Black immigrants matter. Not because we contribute to the economy or are “good” immigrants, but because we are human beings with individual stories who are worthy of dignity and human rights. These stories may be hard to read, and they’re hard for me too, but they give a platform to a voice that is rarely heard.