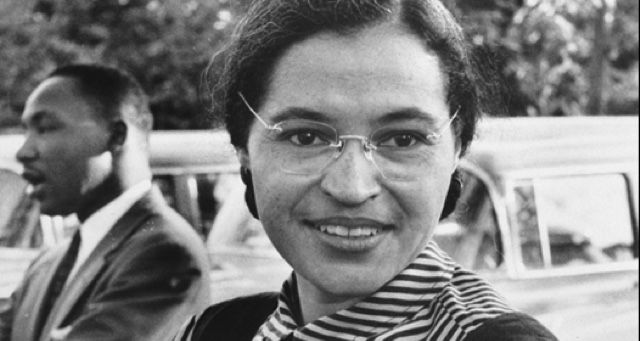 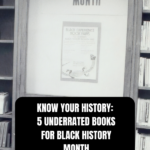 Black History Month is the perfect time of year to reevaluate what you might think you know about the places you call home and the people who established it. I recently read Why We Can’t Wait by Dr Martin Luther King Jr and realised that there was so little I knew about the man and all he did for the Civil Right’s movement, despite all I had seen in movies and on TV. As Western history shifts from a white lens, I’m beginning to realise just how little I know of the Black men and women who came before me and paved the way for the existence I now have in the West. The same stories and the same narratives play out unchallenged, sometimes diminishing the destruction endured and often diminishing the fight for freedom and equality.

This Black History Month, I urge you to step away from the common and popular narratives about the great freedom fighters and read about them for yourselves. Leave behind the narrative of a people group destined to suffer and read about communities of Black people who thrived and were punished for it by those who believed it was their divine right to kill and destroy.

If you’re searching for some challenging but informative books to read this Black History Month, here’s a collection of ten underrated books to add to your TBR: 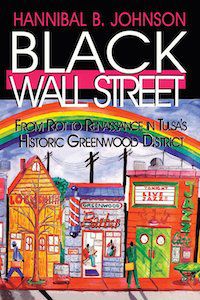 1. Black Wall Street: From Riot to Renaissance in Tulsa’s Historic Greenwood District by Hannibal B. Johnson

In a time when legal segregation meant that Black people were only allowed to conduct business among themselves, the Greenwood District in Tulsa, Oklahoma, grew into an affluent community of black millionaires and professionals whose standard of living far exceeded the whites in the area. That is, until the alleged assault of a white woman by a Black man led to the worst race riot in history, in which the white members of the city destroyed people and property, accruing millions of dollars worth of damage. Not to be defeated, the Black residents rebuilt the district and within 20 years, 242 businesses were back up and running.

Possibly the most comprehensive book on the life of Martin Luther King Jr, drawing from hundreds of hours of interviews with his closest surviving associates and testimonials from those who loved him and those who opposed him.

3. The Rebellious Life of Mrs Rosa Parks by Jeanne Theoharis

Rosa Parks was more than just a meek seamstress who refused to give up her seat on the bus one day. This NAACP award-winning book documents Parks’s political philosophy and her six decades of activism, showcasing her for the civil right’s fighter she was. 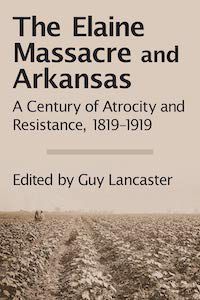 4. The Elaine Massacre and Arkansas: A Century of Atrocity and Resistance, 1819–1919 by Guy Lancaster

A collection of historical essays documenting the 100 years of events leading up to one of the bloodiest events of racial violence in U.S. history, in which the authorities of the Arkansas Delta used extreme violence to end the black farmer’s union in 1919.

A detailed look into the few years in which emancipated enslaved people were able to seek out economic independence and equal citizenship to begin a new era of equal rights for all Americans, and how this dream was short-lived. 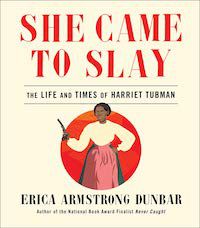 6. She Came to Slay: The Life and Times of Harriet Tubman by Erica Armstrong Dunbar

Sometimes the truth is stranger than fiction, and this short introduction to the life and legend that is Ms Harriet Tubman proves that heroes walk among us. Punctuated with catchy subheadings and innovative illustrations of Tubman through the ages, this book is a testament to one of the most incredible women in history.

7. A More Beautiful and Terrible History: The Uses and Misuses of Civil Rights History by Jeanne Theoharis

Theoharis tears apart the white-washed versions of the Civil Right’s movement that is often taught to present a clear and honest depiction of men and women, young and old, who fought for years against injustice, risking their lives and going to prison for the cause. This was no meek and tame movement. This was an army fighting for the justice all humans deserve.

This comprehensive volume centres Black women within the narrative of the history of the United States, celebrating them and all their accomplished in their roles of enslaved women, religious leaders, artists, queer women, activists, and women who lived outside the law. 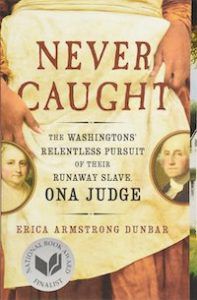 He may have led some of the citizens of the newly formed United States into freedom, but George Washington was all too happy for many to remain in bondage. When Ona Judge made an escape to freedom from their household, the Washingtons enlisted all of their political power in their attempt to secure her recapture.

10. The New Jim Crow: Mass Incarceration in the Age of Colorblindness
by Michelle Alexander