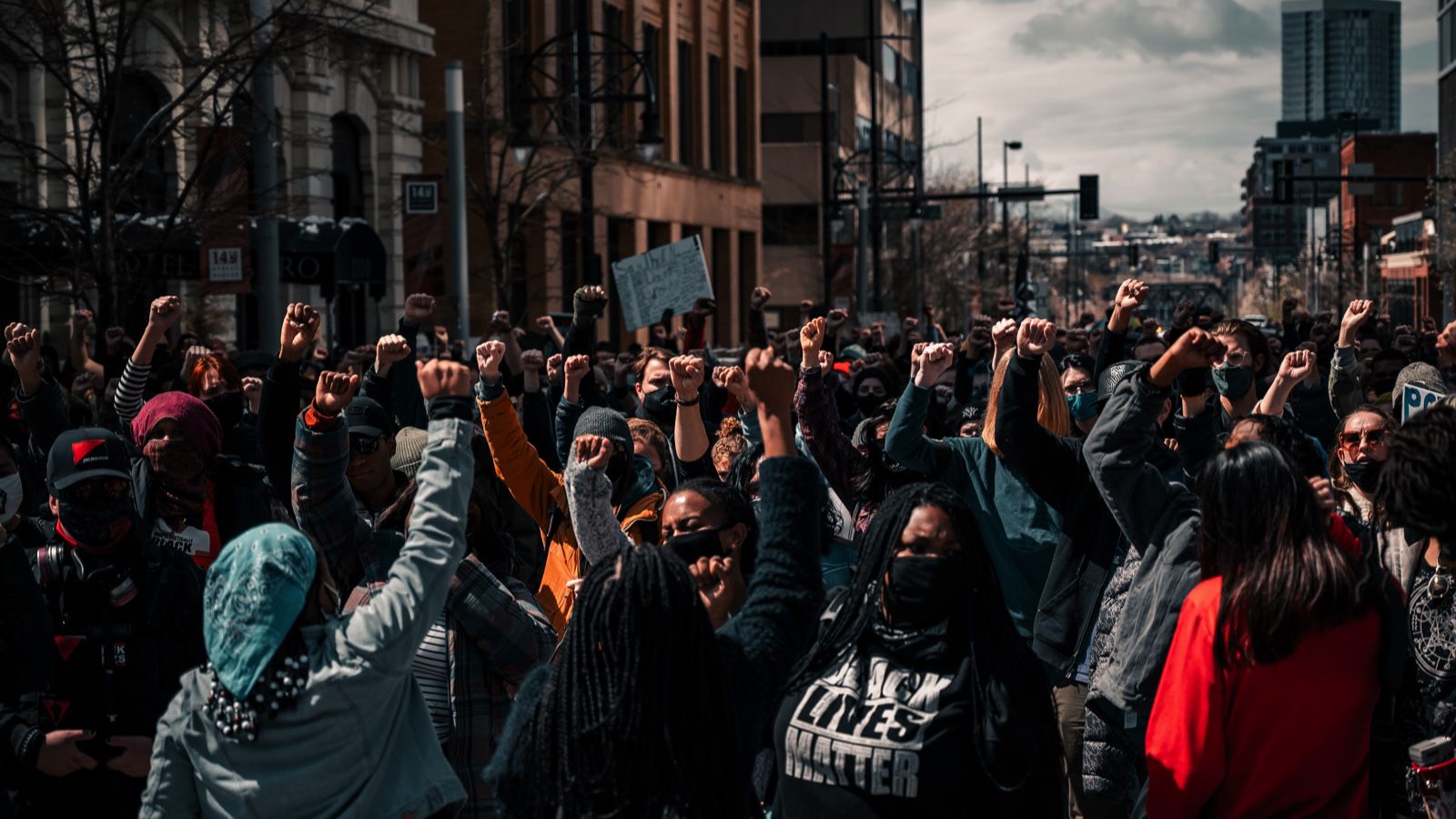 Are you wondering how Black bookstores are doing a year after the George Floyd protests?

I talked to a few Black bookstore owners about how the George Floyd and the Black Lives Matter protests impacted their businesses and their overall wellbeing.

In the early stages of the pandemic, injustice persisted throughout the United States. One of those unfortunate and tragic events was the death of George Floyd caused by Minnesota police officer Derek Chauvin. Protests began happening all around the country and throughout the summer.

The Hashtags That Started It

Approximately a month later, Black authors on social media encouraged the public to support and buy books by Black authors and to support Black-owned bookstores. The campaign was created immediately after YA author L.L. McKinney of A Blade So Black started the #PublishingPaidMe. The conversation highlighted the disparities between white authors and Black authors in the publishing industry. Shortly after, Amistad Press posted across their social media the #BlackoutBestsellerList campaign. The campaign was a call of action to the public to support Black authors and their books. By proxy, a lot of Black bookstores saw increased sales as well — even while everyone was in quarantine. It was reported by The New York Times that book sales were up 8% by the end of 2020. It’s also noted that some of the sales were a result of the George Floyd protests and the uptick in purchases of antiracism books.

#BlackPublishingPower was a success. Authors such as Ijeoma Oluo and Michelle Alexander, as well as others, made The New York Times Best Seller list. Antiracism books seem to be the biggest sales over the summer, but eventually the wave slowed down. However, Black bookstore owners remained optimistic. There were a number of articles that highlighted Black bookstores and throughout the year and a few of those owners saw a positive impact.

Many Black Bookstores Had More Sales Than Usual

Isis Asare, the founder of Sistah Scifi, owns an online bookstore focusing on science fiction and fantasy written by Black women. She explained to me in an online interview how her bookstore was impacted last summer. “With COVID-19 and the shelter in place, people were using the time to read more and/or using reading as an escape. At the start of shelter in place, I saw a significant spike in average order size for online orders as people purchased five, six, or even eight books at a time [as opposed] to one or two,” Asare explained.

I asked Asare how she felt about the protests last year and what type of impact it had on her bookstore. “The standing in defiance after the George Floyd murder brought a lot of attention for Black-owned everything. Black customers really showed up in a powerful way for Black-owned small businesses. One of my favorite examples is Oakstop, which is raising over $1M to invest in Black-owned small businesses, including Sistah Scifi. BookTubers and Bookstagrammers, such as Bri’s Bookish (@Bribookish), took the initiative to create content, challenges, and more to build awareness around the Sistah Scifi brand,” she confirmed.

Janet Jones and Alyson Jones Turner are the mother and daughter owners of Source Booksellers. “We were a local bookstore without an online store. When the pandemic hit, we had to take our book offerings online when our Governor closed our physical doors. We experienced a demand for antiracist book titles online and benefited from the social media shares of Black bookstores to support. We know the traffic was a response to protests and media, not a directional change in reading,” Jones and Turner told me by email.

“We carry a lot of Black authors and were happy that there had been a demand for reading their work. We are a nonfiction bookstore and our categories include books by Black authors and authors that write about history or culture that furthers our categories in the store. The demand for those books have now decreased and our online traffic has slowed well,” Turner added.

Last summer, Trump was president and we were in the early stages of the COVID-19 outbreak. Once Trump was voted out of office, it seems people’s curiosity to educate themselves with antiracist readings dropped.

Naledi Yaziyo is the curator of the Rofhiwa Book Cafe in North Carolina. I asked her what types of books would she would like non-BIPOC readers to support, beyond antiracism books.

“Everything about Rofhiwa is curated purposefully to work against the logic of the ‘antiracist reading list,’” she said. “Certainly, those lists matter in their own way, but they just cannot be the only way to access Black literature. Black literature goes beyond the op-ed, it’s not a hot take on the state of the nation’s politics. Those things are there too, and when Black writers have done them they have elevated the form. But there is so much more. I’m particularly invested in Black fiction across genres. Since we opened, we’ve been very invested in growing a formidable crime and mystery collection, trying to answer the question who are the Black crime writers around the world? It’s been great, reading Black crime fiction from different parts of the world. We’ve been challenged to consider deep existential questions like ‘is it even possible to use violence in a way that is responsible and just?’ This is a question that must be asked in post-conflict and post-colonial societies.”

But Jones-Turner is thinking about the future and how her family’s bookstore fits into her community. “We think that Black bookstores owners have been maintaining their business by serving the community. When the community can return to the stores, I believe the baseline for others and us will return. We have been bookselling for 32 years in Detroit. We are grateful that we got support from afar when we needed it the most and we hope to continue to serve a greater public,” Jones-Turner explained.

“Due to the increase in sales driven by the support of the book Blerd community, I was able to quit my very lucrative corporate job in April 2021 and focus on Sistah Scifi full-time. I have also hired key roles in fulfillment and design. As a result, 90% of orders are shipped with two business days this year versus 60% of orders last year,” Asare shared with me.

Asare wants to use her visibility to highlight more Black indie authors as well. But she admits, her business isn’t for the faint of heart.

“Last year, as a Black store owner, as a Black person in America, I was tired. I was drained. I was spent. This past year of shelter in place gave me the opportunity to rest, and I am a strong believer that Black rest is a revolutionary act. It gave me a chance to develop my emotional capacity using tools I curated in therapy. It gave me the opportunity to sharpen my vision of the future under the guidance of my life coach Richelle Donigan. All that’s missing is a life partner, in case you know anyone (man/woman/genderqueer) that’s single,” Asare shared gleefully.

Everyone can benefit from decolonizing their bookshelves with literature that can educate you while giving you a new set of eyes to look at our society with. However, the goal is to read those books and put them into practice. It’s also a tool to further educate yourself without tasking random Black and POC people to assist you in unlearning racism. Antiracism books should be more than a performative stack post for the ‘gram, and Black authors are capable of writing stories that don’t involve trauma as well.