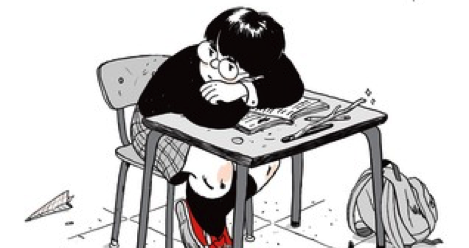 When it comes to comics and graphic novels, I admittedly prefer the stories in vivid technicolour—I can’t imagine Kingdom Come bleached of Alex Ross’s painstakingly-rendered photorealistic painting, or The Life After minus Gabo’s exquisite colours—though grayscale does have its merits. Through no fault of my own (who are we kidding? It’s definitely my fault. I wrote an article trying to dissuade myself from purchasing more physical comics because space is finite) I’ve found myself reading more black-and-white comics in the last three weeks than I have since I started appreciating the medium. Also, each of these happens to be a book that I absolutely loved, so there’s that. 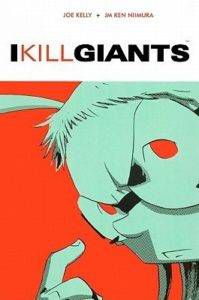 Don’t tell anyone, but this story had me on the brink of tears. That never happens (okay, it rarely happens). It follows Barbara Thorson, an acerbic fifth-grader who detests most of the people and things around her, with the exception of D&D. By day, Barbara is a misunderstood ball of rage thanks to both bullying and her fractured home life; by night, she is a giant slayer. This short, beautifully-rendered limited series explores both the magic and the dangers of being lost in your own head and detaching from reality, just to cope with life’s injustices. Barbara is absolutely unlikeable, and about as cuddly as a mountain lion, but I rooted for her the whole way through. Kelly also wrote the screenplay for the upcoming movie adaptation. This deals with a lot of heavy topics, so if you’re not really one for reads that take you on an emotional downward spiral, maybe check out my next suggestion instead.

Before this creative team won the Ignatz award for their massive tome Our Cats Are More Famous Than U, they wrote the glowingly-reviewed Lucky Penny. Penny Brighton is a notoriously unlucky 20-year-old who has just lost her job (wince) and her apartment (crying), but it’s okay because her friend has generously offered to let Penny sleep in a storage unit (yay?) until she’s back on her feet! Penny is setting her sights onwards and upwards with one goal: she wants to become a mature, responsible adult whose luck has totally changed. She’s going to get a job at the local laundromat (if a 12-year-old can handle it, so can she!) and maybe even strike up an actual conversation with the adorable guy at the community center. Maybe. With snappy dialogue and Scott Pilgrim-esque illustrations, Lucky Penny is a the kind of fast, fluffy read you’ll need after being emotionally eviscerated by I Kill Giants.

Written in bite-sized strips, Jillian Tamaki’s SuperMutant Magic Academy is the bound-up collection of a project that was formerly serialized on the internet. I wish I had read that prior to getting my hands on the bind-up, because this book wastes no time getting started, pushing you into the deep end of the pool without even a brief introduction as to who these characters are and what is happening (just like real high school). This book is a blend of things that will make you laugh, and make you think, and sometimes make you scratch your head in befuddlement (just like real high school).

You know what? I’m just gonna come clean: I am a Disney addict, and when I found out that Fantagraphics has published/is still publishing an entire line of old-school Mickey Mouse comics, I snapped up the first box set ASAP. These books don’t echo the squeaky-clean Mickey of my childhood, but rather a dashing hero who cleverly darts through danger with a big grin. In short: I am in love with these, and am looking forward to completing the entire series.

Let me know what some of your favourite black-and-white comics are—they’re definitely growing on me!