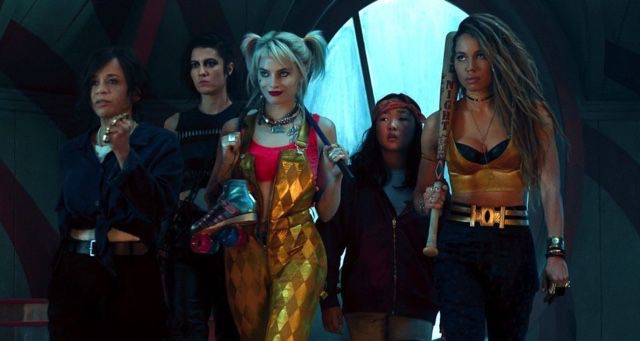 For a minute, I thought Birds of Prey had betrayed me.

As a longtime DC comics fan who has been all too frequently disappointed by DC movies (well, and by DC comics), I was cautiously optimistic about Birds of Prey. I’d been burned before—there was a moment in 2013 where I was pretty sure Man of Steel was going to be good, because I’m a fool—but I love the characters who had been chosen for Birds of Prey, the trailers looked fun, and I was fully behind Margot Robbie’s plan of snatching a character she loved from a terrible, sexist movie and surrounding her with women in front of and behind the camera instead.

My optimism was rewarded: I loved Birds of Prey. It was joyous and madcap and clever, with kickass fight scenes and a clever structure. I loved the movie’s interpretation of the characters (well, their Cassandra Cain is completely different from the comics version, but I love her as a separate creation), I loved the costumes, I loved the soundtrack. I walked out of a DC movie with a huge smile on my face, which is a vanishingly rare experience for me. It’s just so much fun.

It is also very much about trauma, male entitlement, and female solidarity. However, Robbie and director Cathy Yan are clearly not interested in showing us the infliction of trauma, but the aftermath: how women process their pain and the choices they make in the wake of it. After all, the entire movie is about Harley reclaiming her own life after ending her abusive relationship with the Joker—the movie’s subtitle is “And the Fabulous Emancipation of One Harley Quinn”—but the Joker himself is never seen.

Which is why I was so surprised and upset by one particular moment late in the film, because by then I had come to trust the movie not to rubberneck at women’s pain, and it seemed at first to be a betrayal of that trust.

The scene takes place in a nightclub owned by the villain, Roman Sionis (Ewan McGregor). Sionis has just received some bad news when he hears a woman laughing. The woman, an ordinary nightclub patron named Erika Manson (Bojana Novakovic) who only appears in this one scene, is innocently laughing at something her table mates have said, but Sionis, an insecure narcissist, assumes she’s laughing at him. He marches over to her table and demands she climb up on top of it and start dancing. Terrified, she obliges, but it’s not enough humiliation for Sionis, so he hands her date a knife and tells him to cut Erika’s dress off of her.

I sank down in my seat. I don’t want to see this, I remember thinking very clearly.

Erika’s date does indeed cut the dress off her, apologizing and fumbling, as she cries. But where most other movies—especially Suicide Squad—would have shown Erika’s body, Birds of Prey does not. We see her ankles. We see her tearful face. We see part of a bra cup as she clutches the dress to cover herself (and does in fact succeed in completely obscuring the rest of her body from the camera). And then the scene ends.

Too many movies use sexual violence to perform double duty: to show how threatening the bad guy is or how the victim has suffered, yes, but also to titillate. I would venture to guess that most male directors aren’t even consciously attempting to titillate—that’s just how they frame the female body, especially the nude female body. Birds of Prey refuses to show us Erika’s body because it knows exactly what it’s doing. It refuses to reward the viewer for watching a woman being humiliated by making that humiliation attractive, and it refrains from making the audience complicit in Erika’s unjust punishment (or the potential exploitation of Novakovic, who is excellent in the scene).

There have been a few times in recent years that I’ve sat in a movie theater and been very conscious that I’m being given something crafted for the (admittedly heterocentric) female gaze—Magic Mike XXL comes to mind, and Jupiter Ascending, and the by now de rigeur scene in every Marvel movie where the hero takes off his shirt for absolutely zero reason. This is the first time I can think of that I was conscious that the female gaze was deliberately averting its eyes from something that I as the audience had no right to see.

This refusal to showcase or wallow in women’s suffering as it’s being inflicted is a recurring motif in Birds of Prey. Aside from the nightclub scene, it’s most notable in an earlier sequence where Harley is captured by Sionis and his lackeys and tied to a chair. Sionis starts to beat her—but the minute he hits her, we shift to a dream sequence in Harley’s head, a glitzy musical tribute to Marilyn Monroe’s famous “Diamonds Are a Girl’s Best Friend” number from Gentlemen Prefer Blondes that’s half dance sequence, half fight. (This sequence is loaded with winky references and feminist signifiers, as this excellent article explores in depth.) Birds of Prey is not interested in a man hitting a woman who can’t fight back. It’s interested in what that woman does to survive it, physically and psychologically. 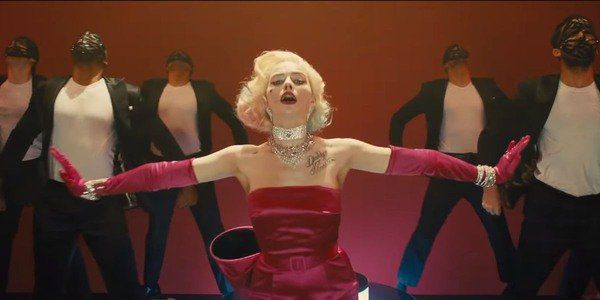 Replace all violence in movies with metaphorical musical numbers, please and thank you.

The same motif shows up in small ways throughout the movie: Cassandra Cain, a foster kid living in a household we know is violent, has a cast on her arm. The movie doesn’t tell us how she got it, but shows us how she makes it work for her by hiding the fruits of her pickpocketing in it. Helena Bertinelli’s origin is that her entire family was murdered in front of her when she was a child, and we do see that scene in multiple flashbacks. But though Birds of Prey isn’t shy about gore, the camera lingers not on Helena’s family’s wounds, but the toy car she clutches in her fist as it happens and that clearly becomes a token of safety to her—not the pain, but the thing that gets her through the pain.

Notably, Helena passes that car on to Cass during the climactic final battle as a promise that she and the other adult women will keep Cass safe. Because more than anything else, Birds of Prey is about women who take their experiences of surviving pain and use that knowledge and strength to help other women. Well, that and how delicious deli breakfast sandwiches are. (They’re right.)

As always when Hollywood releases a female-led—or worse, female-directed—action movie, there is currently a lot of chatter about how this terrible SJW fantasy with its “unsexy” stars is definitely totally a box office bomb, because the goalposts are always moving where female-led films are concerned, and the loudest voices are always the men who are furious they aren’t being catered to. Too often this kind of shrieking stifles a franchise before it can even consider a sequel (Ghostbusters 2016, anyone?), so it’s anyone’s guess whether we’ll ever see Birds of Prey 2 or another movie with Robbie’s Harley or any of the other leads.

But I’ll be thinking about the scene in the nightclub for a long time. And I’ll always be grateful to Cathy Yan and Margot Robbie and the rest of the cast for what they did give us in this movie, and more importantly, for what they pointedly did not.