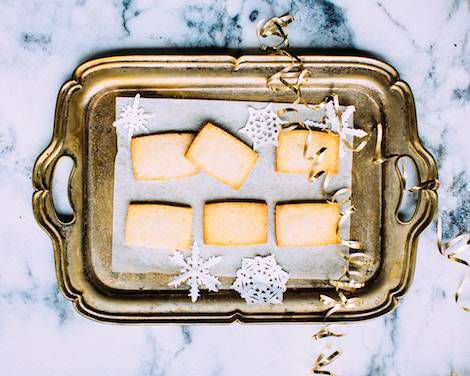 It’s time to face reality. We’re in that difficult time of January where the kids have gone back to school, the holiday decorations are all put away, and the only thing we have to remind us of the festivities of December are cellophane-wrapped bags of stale holiday cookies and credit card bills. 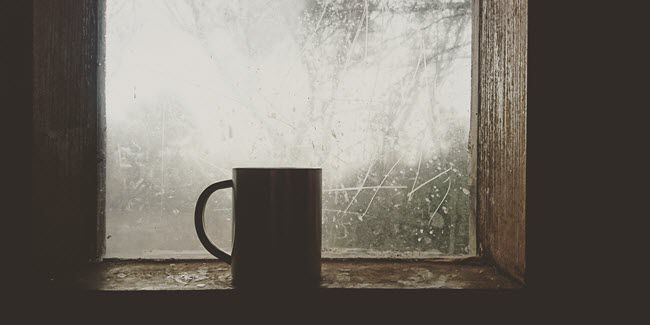 But that’s what resolutions are for, right? To drive you out of the doldrums! To force you to pick yourself up off the couch and go for a run! To get you to put down that hot cocoa and and grab a cucumber water! To convince you to toss aside your comics and read something that will enlighten your spiritual being!

You know what? Fuck that.

The couch is exactly where I need to nestle against the fitful weather of January. Hot cocoa is freaking delicious. And those comics my elementary teacher wife refuses to accept as “real reading?” They’re the fuel that keeps the pilot light lit on in my imagination to get me through ’til spring.

So put a fire in the fireplace, grab the cat and a blanket, and make sure your tablet is charged up, because these are the comics I’m binging to keep me sane in January! 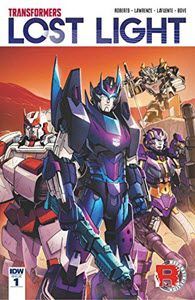 It’s deeply ironic that Transformers, that began as an anchor of the “boy toy” aisle, whose only female characters were a silent assassin (in one episode), and then “the pink one” when the movie was released, continues to churn out some of the most inclusive mainstream titles on the market under IDW. Having long left behind the “some robots look like boys, some look like girls” trope, IDW has a refreshingly honest take on love and relationships amongst its (ridiculously huge) cast of characters. They don’t care. Cassette tapes are in love with cars. Cars are in love with warplanes. Warplanes are in love with backpacks. Cassette tapes die, come back from a dead alternate universe, and reveal their past love for cyber-foxes. And this is just the b-roll. Lost Light is the latest chapter in a adventure that began in Transformers: More Than Meets the Eye. Continuing the quest of Rodimus Prime as he uses equal parts bravado and foolhardiness to find the Mystic Knights of Cybertron. If that was the only focus of the story, it would be fun, sure. But the reason I keep flipping pages until late into the night is that every single character is treated like a touchpoint for further exploration. These are beings that have lived millions of years, seen civilizations rise and fall (and taken part in all of it). That leads to even the smallest details, like a psychologist’s model starship collection, being revelatory when examined in full. I’m never disappointed and I’m always hungry for more. 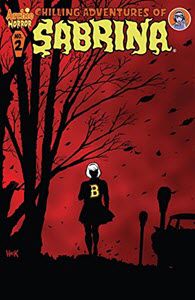 There’s nothing better to beat winter doldrums than by reading about the doldrums of another season. And Sabrina delivers. The modern series, loosely based on the classic Archie Comics character of the same name, is set in a perpetually crisp late-Autumn that’s so perfect, you can hear the rush of fallen leaves a smell the lingering decay of October with every page turn. I picked up Volume 1 after reading about the casting of Kiernan Shipka as the lead in the Netflix series based on the same and devoured it in a single evening. A period piece set in the 1960s, it evokes the same disjointed otherworldliness of classic horror comics of the time, where cannibalism and demon-conjuring co-exist with worries about who’s going to get the lead in in the school production of “Bye-Bye Birdie.” It’s a tightly-paced tale that takes a classic character and masterfully shows how horribly wrong everything can go when Sabrina tries to be true to both her mortal and witchy nature at the same time. 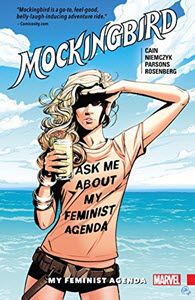 Because until Marvel decides they’re going to be complete assholes and purge their back catalog of diversity too, I’m going to keep reading the hell out these comics. Not only do they have female characters at the core of the narrative, they offer perspectives and mental insight into the superhero genre other than “fix this thing” and “punch that thing over there.” The Unstoppable Wasp by Jeremy Whitley and Elsa Charretier gets me every time because I don’t think there’s a genuinely perkier hero in the Marvel universe. When you live in a reality where a bomb is planted in your best friend’s head and she tries to kill you, but you still have the positivity to help her anyway? That’s a lesson everyone could internalize a bit. She-Hulk: Deconstructed by Mariko Tamaki and Nico Leon is one of the most nuanced examinations of post-traumatic stress I’ve ever seen done in the comics. That its focus is one of the most powerful heroes on the planet makes it even more fascinating. I can’t get enough and I’m mournful that there won’t be more. And Mockingbird by Chelsea Cain and Kate Niemczyk because…sigh, the 2016 run of this comic was just too short. It was a perfect gem of a thing. And I will always pine for tales of the mer-corgis. 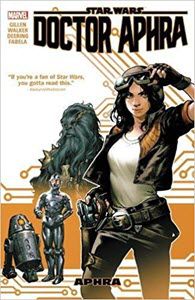 Yeah, I know, tres ironic. But if there’s one blessed thing that Marvel is still getting right, it’s Star Wars comics. Their superhero comics might be a diversity wasteland, but Star Wars titles have been left alone to continue doing what they’ve been doing—painting pictures in the gaps between the movies with such expertise that we can’t imagine they haven’t always been there. Between the amazing first run of the Darth Vader series by Kieron Gillen and Salvador Larroca, Gillen’s follow-up series, Doctor Aphra (with artist Kev Walker), and the core Star Wars title itself by Jason Aaron and John Cassaday, we not only get more carefully shaded views of our favorite characters (rather than the broad strokes necessary for pulp sci-fi films), but new, completely insane characters that become our instant new favorites (the homicidal droid pair 0-0-0 and BT-1 are absolutely everything right with the Star Wars comic universe). With art that’s so faithfully rendered you’d swear you were looking at a screen capture from the films, you’ll find yourself wishing we could go back and film these as movies as well.